Serious injury aside, it's difficult to discover why some young players never fulfil their potential

There are countless tales of unfulfilled talent in football; lauded as the next big thing many young players are unable to turn their considerable talent into successful careers that live-up to their early promise.

The speculation as to why varies but in the absence of serious injury it is difficult to discover the major reason for why some young players seem unable to fulfil their potential. Did they lack the required work ethic? Did they move abroad to young? Were they under too much pressure? Were they given the chance they needed? In most cases it is probably a combination of all these factors and many others.

While this makes it difficult to pinpoint the reasons as to why some fail to develop into the players their potential suggested, there are some common themes in players throughout the world who have been labelled as future stars only to never become one.

An obvious factor is a premature move abroad. There are countless cases, both in Australia and specifically in South America, where players have been lured to Europe far too early at the cost of their development. Thrust into a new environment without having the opportunity to develop in their own country first, many have struggled to adapt and never recovered.

Unable to get the required match experience to fulfil their potential many are forced to return home having lost the pivotal years they needed to become top players. Whilst a return home to the A-League competition is far from a disgrace, a poorly timed move to Europe has continued to affect them. Since the A-League has formed there have been countless players returning to the competition after a difficult time in Europe. However, there have been few who have returned to Australia and then been able to successfully go back to Europe.

With this in mind it seems obvious that there are few more pivotal decisions than deciding when to move to Europe. Many have returned home to find players they were well ahead of before they left have now developed past them simply through playing regularly.

Others have remained in the A-League but after a bright start have struggled to develop into the players many hoped they would. Moves abroad have not affected them, so what has prevented them from delivering on their potential?

In his book on the power of practice, Bouce, Matthew Syed examines the extraordinary devotion of successful child prodigies to continual improvement. Syed labels this as the key to their later success not a natural gift. He goes on to argue that praise for having a gift is not desirable as this does not encourage the receiver to undertake the required amount of practice to become a top performer.

Throughout sport there is a common culture of labelling successful people as having a natural gift rather than highlighting the countless hours of work that has resulted in their success. While it may prevent many from even attempting to become successful sports people as they believe they were not born with the necessary talent, it could be just as damaging for those who are consistently told from a young age that their success is the result of being gifted. Why would they see the need to work harder than everyone else if they believe that naturally they are already better?

This is where the culture surrounding Australia's player development needs to ensure that constant improvement is the desired mindset. Thankfully from what I have seen from many young players emerging from development programs in the last few years a lack of motivation for improvement is not a problem.

Many people also cite the extreme pressure young stars come under from the media as a reason for some not fulfilling their potential. Many young players, such as Kaz Patafta, have been labelled as the future of Australian football only to struggle to live up to the hype.

The pressure may have been a major factor in this or was it more to do with altering the player's view and creating a belief that they are on a one way track to success? I would argue this is more the case, making it extremely difficult to handle when the player encounters difficulty as they were lured into believing that a successful career was a formality rather than a possibility.

For many talented players it may just not work out for a variety of reasons both in and out of their control. While it may be easy to just write it off to things not always turning out the way you wanted, it is important for development programs to analyse where things went wrong to allow as many as possible young stars to fulfil their potential. 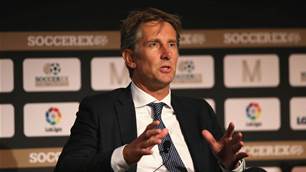 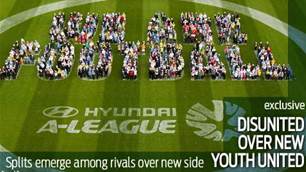 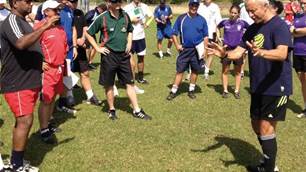