Those familiar with my work will be aware of my frustration with the new handball laws. 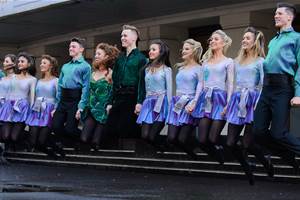 Footballers Are Not River Dancers!

I hate the new handball directives. 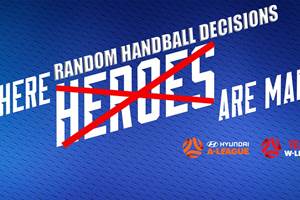 Handball is a pig’s breakfast

I’ve said it before and I’ll say it again – the new handball laws are a pig’s breakfast.

The first of these articles, in particular, caused a lot of debate including on some referee sites where my views were ridiculed.

But on other football oriented sites where there is no blind allegiance to the Emperor’s New Laws, people are now shouting about not just the confusing rules but the appallingly inconsistent manner in which they are applied.

And VAR doesn’t help. I reckon referees are seeing accidental handballs live in proper context and calling Play On, only to have Jobsworth VAR in their ears telling them to go look at a slow motion depiction of ball against arm – which the whole world is watching – and reverse the correct decision.

As a rusted on Gooner I’m perfectly happy to see terrible things happen to Spurs, but even I had to shake my head at that one. A guy jumps unsuccessfully for a cross and another chap a metre behind him heads the ball into the back of his arm.

An arm that was in a perfectly natural position for a jump.

What could that Spurs defender have possibly done to avoid that ball – a ball coming from behind at point blank?

In their zeal to take a legalistic approach to interpretation, the lawmakers have entirely forgotten the proper context of goals in the game.

Goals are hard to get.

They’re supposed to be hard, that’s part of the beauty and drama of the game, but the new laws seem to encourage referees to find every excuse to give penalties.

And this plethora of unearned spot kicks is not only spoiling the contest, it’s potentially affecting the profitability of clubs and the livelihoods of players.

West Brom may well be in a relegation scrap later in the season (as may Newcastle) and what are the odds that the two points they’ve just dropped might have saved them?

If West Brom go down and Newcastle stay up by a point – how will the fans feel about that?

The new laws (and interpretation) are also very likely to see players in the box trying to flick the ball up at the hands of defenders. That’s a likely to be a high yield strategy in a crowded area with lots of bodies between the ball and goal.

Is that what we want?

Strikers trying to hit the hand instead of the real target?

The old rule used to be simple – handball only resulted in a foul when the referee deemed it to be intentional. I simply cannot believe how ridiculous these new handball laws and so-called explanations are, how poorly they are understood, and how inconsistently applied.

I can understand how frustrated the players, coaches and fans are.

Can we please just go back to the old law – has to be deliberate – end of.

P.S. I was both outraged and amused recently when a (completely wrong) penalty was given against my O45s team. Our player had tried to block a cross on the edge of the box but the ball came off his knee, bounced up and struck his elbow.

Even according to the “explanations” given in the new laws, this should have been no foul, but the referee pointed to the spot. When I protested, the referee insisted that the arm was away from the body, to which I made my usual response: “Footballers aren’t river dancers!”

The referee then amazed me by saying: “I read your article…we had a seminar about it. You’re wrong.”

We lost 2 – 1 and that put us out of finals contention.