I was too numb to post an article straight after the Saudi / China games.

We were so crap, I had to process it for a while before deciding how I felt, but in a nutshell… shit has to change Arnie!

I’ve always been one of Arnie’s biggest supporters but it’s clear that we’re being let down by age and complacency in a number of positions.

What must Socceroo Generation Next be thinking when they keep being selected in large squads… go flying all over the world in uncomfortable Covid conditions… and never get a minute on the park?

It has to be demotivating.

The next few games are critical and will determine whether we go to the World Cup. We cannot afford another insipid performance so the time has come to do something radical.

The time has come to do a Postecoglou and tell some of the Old Guard that they’re no longer required.

I was absolutely amazed that Nat Atkinson was not in the last squad. He is such a good player – right back or right mid – I actually wondered whether he was injured. Rhyan Grant was exposed against Japan and (despite an excellent Socceroos career) is looking at the final curtain.

Behich has done a great job for numerous years but he’s cost us big time in recent games. Sorry, Aziz, but it’s over. Callum Elder has to be given a chance and other LBs must be sought.

Trent Sainsbury is still quality and (having lost Souttar for the next year) needs to be retained for continuity, if no other reason. I’d have Degenek as first choice for his partner, but Ruon Tongyik is coming. Good and Deng also deserve to be there for cover.

It gets even harder in the midfield.

Arnie usually goes for a 4231 so I’ll stick with that, even though I suspect a 433 would suit us better when we have ground to make up.

So the two defensive mids on last start were Jeggo and Irvine. Jeggo was probably our MOTM against Saudi, so deserves another chance, unless his place is taken by a fit / available Aaron Mooy. Jeggo could feasibly retain his place at Irvine’s expense which would enable Mooy to get further up the park.

But I would dearly like to see Stensness considered. FFS we talked him into switching from the All Whites Olympians (where he was a first choice) and didn’t cap him? Jeez… Mooy and Stensness for me.

Across the front we have so many options. If Rogic is fit then he plays #10… no question.

In front of him we currently have options of Duke, Taggart, MacLaren, Ruka but I’d be looking very seriously at Martin Boyle to have a crack. He leads the Scottish charts at the moment and has scored a few for Oz. If we put him at the spearhead I reckon he’d get a few more. Very brave player also.

Hrustic has been quiet in the absence of Mooy and Rogic; ie – needs those quality players around him to shine. I’d pick him on the right and go for sheer pace on the left… either Mabil, Duke or Ikon with the explicit instruction to get in behind and whip the ball across hard and low.

That means a starting line-up of:

I believe that to be a far stronger side defensively (than recently) and a really potent attacking force.

There are some (maybe) Wild Cards in there but that’s the kind of attacking unit we need desperately to put out against the (so-called) weaker sides in the group before we gear up for the epoch-defining games against Japan (H) and Saudi (A).

Give that young, fit, attacking team time to gel against Vietnam and Oman, then they might just be ready to blow away Japan and Saudi in the final two games.

Because nothing is more certain, Arnie… stick with Dad’s Army and we aint going to Qatar 2022. 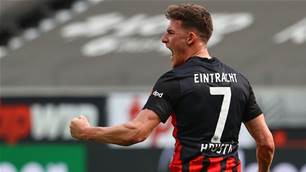