Wow! What a game! Only football with its tiny margins governing failure or success can generate that kind of white knuckle ride.

Last night Adelaide United and Sydney FC served up an absolute classic to decide the fifth FFA Cup. There was thunder, passion and quality in equal measure and the only final match I can think of that equals the sheer drama in this country (in the A-League era) was the Brisbane v Central Coast match of 2011. That game went down in history as one of the best examples of what our game can offer, and I believe the match last night is deserving of similar billing.

It takes a hell of a team to beat Sydney FC so it just goes to show the calibre of the side Marco Kurz has built. Resilient, organised, and bristling with threat, Adelaide will be one of the teams to beat in the A-League this year. The fact they did it without any first (or second) choice strikers speaks volumes for the systems they’ve established.

It also speaks volumes for the brilliance of Craig Goodwin who has surely played himself back into Socceroos contention. Not necessarily a starter at that level, but his quality off the bench with dead balls (and shooting generally) is all but unmatched by other Australians. If he keeps that level up he will certainly be at the Asian Cup.

You’d have to say also that Paul Izzo is a bit of a dark horse for the Socceroos in the medium term. There are a few in front of him but he had a cracker (and made one cracker of a save in the second half). 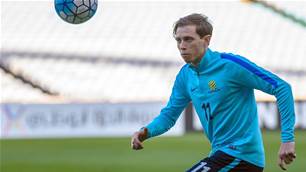 Goodwin: Now for the Roos... 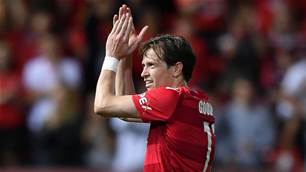 Goodwin: Beyond my wildest dreams 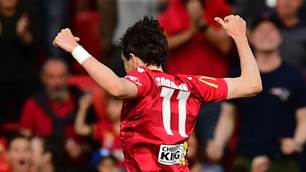 FFA Cup hero Goodwin: 'It went better than I expected...'