Robert the Bruce may have turfed the southern invaders out of Scotland at the Battle of Bannockburn, but there is a new breed of invader these days, and they come from much further south…

All of a sudden, the Scottish Premiership has become a desirable destination for ambitious Aussie footballers.

We’ve long been well represented there. Mark Viduka, Craig Moore, Tony Vidmar, Scott McDonald, Tom Rogic, Jackson Irvine (and a very young Aaron Mooy) have graced the bonny shores, but they were all (mostly) established pros and/or Socceroos when they went there. Even Daniel Arzani had a brief but tragic spell at Celtic, but he also had already debuted for the NT before venturing north of the Tweed.

However, in the last year or so there has been an exodus of the better quality A League youngsters to Scotland. Clearly, they are not going for the money because unless you’re at Celtic or Rangers, the wages in Scotland are no better than the A-League (and often worse).

So if they’re not going for the money, what exactly are they going for?  Two answers seem obvious. First off, the football culture in Scotland is utterly immersive. The atmosphere at just about any Scottish match will be way beyond what most Aussie players have experienced. A Sydney or Melbourne derby might have three times the numbers and be twice as loud as (say) Kilmarnock v St Mirren. But that’s not the point. The fans at the Scottish match will be all in, in a way that Aussie fans (with all their other distractions) probably won’t get for another 50 years.

Then there are the papers and other media. The back pages in Scotland will go about 12 deep before even looking at any other sport. In Australia you need to wade through thousands of column inches covering the latest thuggery or scandal from other codes (even in their off seasons) before reaching half a page of football. This will be both confronting and joyous for the young Aussies.

The second reason is the Shop Window.  Very few would see Scotland as their final destination. They will be confident of acquitting themselves well in a league that is approximately the same level (give or take your conditioning and prejudices) as the A-League. And if they do, bigger more lucrative leagues may beckon.

There are some dangers though. Conditions in Scotland can be tough for newly arrived Australians. The preseason may seem temperate and the pitches fast and slick, but once it gets toward winter – the cold, the dark, the homesickness and muddy turf can bring undone those used to playing a slower game in the heat. Suddenly the game is much different from the one they grew up playing and takes a fair bit of adjustment. I, however, believe the latest infestation from Down Under is well equipped for the journey.

Cam Devlin and Nat Atkinson have already won approval from the Hearts fans. They will be much better in the new season, now they know what to expect.

They’ve just been joined at Hearts by Kye Rowles who will have all the confidence in the world after his career defining match against Peru. He’ll be absolutely busting a gut to be on the plane to Qatar and will certainly benefit from having a couple of Aussies already in the dressing room with him (who’ll also be targeting Qatar). I tip all three to have massive seasons and to figure in Hearts getting a little closer to the Glasgow giants.

Then there’s Lewis Miller who’s just joined Hibernian after a brilliant year at the Mariners. He’s another future Socceroo who is fast, physical and incredibly skilled. Loves to attack, as the modern wingbacks do, and his long throw is a powerful weapon. I saw his debut in a friendly and while it was against an English League 2 club, he was arguably MOTM and already has the Hibs fans talking. He’s a bolter for Qatar.

St Mirren also have a new Antipodean contingent. Ryan Strain (yet another right back) and Keanu Baccus (attacking midfielder) have recently arrived and both are very decent players probably on the outer fringe of Socceroo calculations. They will both add some quality to St Mirren and I expect them to be crowd favourites. So why the new Scottish interest in Australians?

For a start, they’re cheap in contrast with other nationalities of similar ability. But more than that, I would suggest the profound impact of Ange Postecoglou at Celtic has made all of Scotland perceive Australian football (and footballers) with new eyes. We are now taken seriously to the extent that comparative unknowns (as opposed to seasoned pros and internationals) are in demand for their fitness, their work ethic, and even their technical ability.

Long may this continue. The A League has to be realistic about the fact that it is a development league and the more we Aussies export players of adequate ability (with two or three seasons under their belt) into stronger leagues the more we will be building our own available base for the Socceroos. (Whether Scotland is a stronger technical league is a question for debate but it is certainly a better league for exposure and professional pressure.)

I’m tipping Lewis Miller and Kye Rowles to be the best loved Australians in Scotland since Mel Gibson won the Battle of Stirling Bridge. 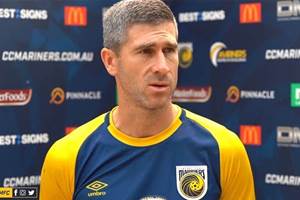 Central Coast Mariners have signed Ghanian Paul Ayongo to their A-League side. 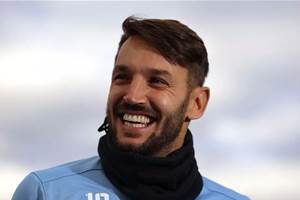