Australia may be struggling at the Asian Cup right now, but that’s why we joined Asia – to get strong, regular competition that would force us to grow as a footballing nation.

The game is certainly growing in Australia, on any measure, but what about those we left behind?

In every sense, Oceania is a basket case. One of the least economically developed regions in the world, Oceania as a footballing confederation is a pointless embarrassment.

Australia, the only nation with a professional football league (and by far the richest country in the region) got out as soon as it could, leaving the yoke on New Zealand’s narrow shoulders (and even they drop points against the might of Solomon Islands and PNG).

New Zealand has, at least, benefited from the arrangement by getting an easier pathway to the World Cup Finals, but without regular competitive matches against decent opposition they will never grow into the sort of footballing nation able make a dent when they get there.

To a large extent that, to my mind, justifies the place of Wellington in the A-League. We have a responsibility to keep football alive in the Confederation we abandoned, and indeed I’d take it further. As the A-League expands and acquires a second (and one day a third) division, why shouldn’t there be an Auckland team to create an NZ derby?

I’d take it even further and suggest that, while a team representing other Pacific nations is impossible (without FIFA largesse), there could be incentive for A-League clubs to have Islanders on their books. Something like a 3 + 1 + 1 arrangement.

Most importantly, I’d suggest that Oceania, by itself, is too weak to continue. If I were king of FIFA I’d be rolling up Oceania into Asia and splitting Asia into East and West.

The line could be drawn somewhere around India, depending on a range of issues for negotiation – not least the division of World Cup places.

Logically that suggests a split of five and four, although I would prefer 5.5 (East) and 3.5 (West) given FIFA rankings and traditional appearances at the WCF. Those have been dominated in the last four tournaments by Japan, South Korea and Australia with Saudi Arabia and Iran usually trading places for the other spot.

New Zealand might have to be convinced, now that they are all but guaranteed to play at every World Cup Finals going forward, but the opportunity to join Asia (including the Asian Champions League) should be a major enticement and they’d still be a fair chance with the likes of China, Thailand, North Korea and American Samoa to take one of the 5.5 places.

Clearly, this is one enormous thought bubble, but to my mind it has a lot of merit – especially for the Oceania nations, most of whom have never played anyone better than the Kiwis (or Australia).

Inviting them into the wider football world would have to give football a kick along in the region, which ultimately might also be good for us. 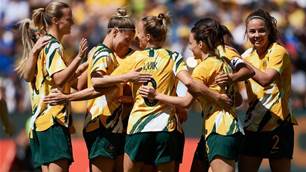 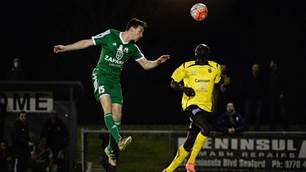 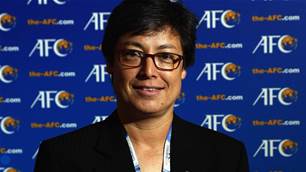