England played a wonderful match against Colombia, forward and captain Harry Kane said after their round of 16 game on Wednesday morning (AEST), adding that he was proud of the team.

England recorded victory in a penalty shootout after the score was level at 1-1 after extra time. Kane scored the opening goal in normal time from the penalty spot, and added another during the shootout.

"So proud, so many emotions in the game," Kane said.

"We played really well, we controlled the game. So unlucky to concede in the last minute… But we stood up, we wouldn't let that affect us.

"We knew we still had extra time and we still had penalty shootout, if it went there. We showed the togetherness, showed the character. These are the moments when you really see it. 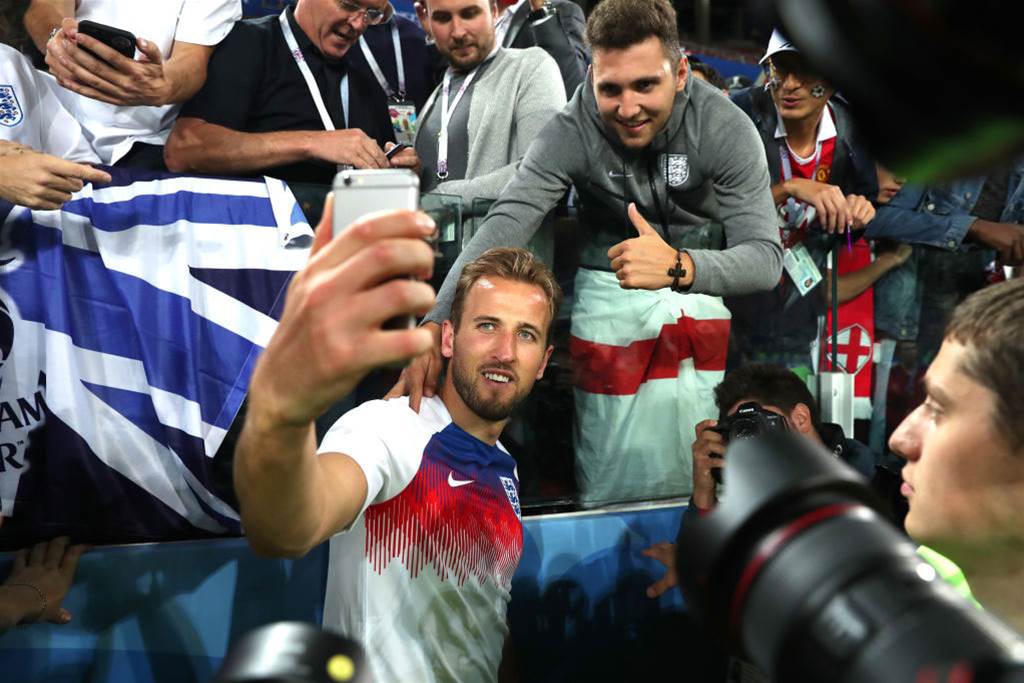 England's captains takes selfies with joyous fans after the win

Kane added: "I’m so proud of everyone, the boys, the staff. It’s a big night for England".

This is the first time England have managed to win a penalty shootout at the World Cup.

"We know England in the past haven’t done great (in penalty shootouts), so it was nice to kick that one off our back," Kane added.

England will now face Sweden in the quarter-finals on Sunday in Samara.