Getting past the group stage is an excellent result for Russia at the FIFA World Cup, Croatia head coach Zlatko Dalic said on Wednesday.

Russia defeated Egypt 3-1 in their Group A encounter on Tuesday. The World Cup hosts now have six points from two games and have scored eight goals in the process. Russia secured their place in the round of 16 after Uruguay beat Saudi Arabia on Wednesday.

"I'm sure that they [Russia] have secured a spot in the knockout stage. It's an excellent result. We also need to join them, but we need one more victory. We don't want to choose opponents for the knockout stage, we have to play against any team. Everything depends on us," Dalic told journalists.

The head coach added that Croatia had only good thing to say about their experiences so far in Russia.

"The stadiums are amazing here. We're always met with hospitality, and I can only express my gratitude to the organizers of such a wonderful tournament," Dalic said.

Croatia beat Nigeria 2-0 in their first 2018 World Cup game, and will later face the other Group D opponents, Argentina and Iceland. 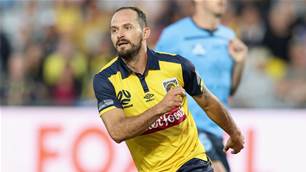