MOSCOW, June 11 (Sputnik) - Egypt's coaching and medical staff will not pressure forward Mohamed Salah over the time he takes to recover from his shoulder problem, squad's executive director Eihab Leheita said on Monday.

Liverpool and Egypt striker Salah, who arrived with the Egyptian national team in Russia on Sunday ahead of the FIFA World Cup, damaged ligaments in his shoulder during the first half of Liverpool 3-1 defeat by Real Madrid in the Champions League final on May 26 following a challenge by Real captain Sergio Ramos.

Later, the Egyptian Football Association said that it would take the 25-year-old three weeks to recover and he would be fit to play at the World Cup.

"He is doing [physiotherapy] sessions on his shoulder and working out in the gym. We hope he will be with us for the Uruguay match. We will not pressure Mohamed. At the end, he is our son," Leheita said as quoted by the Associated Press.

According to the team's doctor, Mohamed Abouelela, Salah could start the game on the bench, but the final decision is yet to be made.

Egypt will play their first match at the upcoming tournament against Uruguay in Yekaterinburg on June 15 before taking on their other two opponents in Group A, hosts Russia and Saudi Arabia. 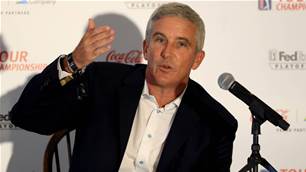