"I send my heartfelt wishes to Egypt’s hero Mohamed Salah so that he recovers from the injury as soon as possible. I hope, he will be back on the pitch very soon and will remain a bright star for Egypt," the Egyptian president's official Twitter feed stated.

Salah was substituted in the 31th minute of the game following a challenge from Real Madrid defender Sergio Ramos. Liverpool eventually lost 3-1, with the side from the Spanish capital lifting their third consecutive Champions League trophy.

Earlier on Sunday, Egyptian Sports Minister Khaled Abd Elaziz said on his official Facebook page that the Egyptian footballer had damaged ligaments in his shoulder, but he was expected to recover in the next two weeks.

The minister expects Salah, who helped his country qualify for the upcoming FIFA World Cup in Russia, to make it into Egypt's final 23-man squad, which will be announced on June 4.

The 2018 FIFA World Cup will be held between June 14 and July 15 at 12 stadiums across 11 Russian cities. Egypt will face the hosts Russia in Group A, along with Saudi Arabia and Uruguay. 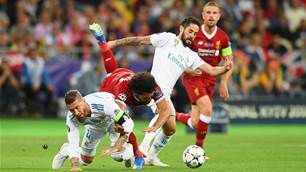 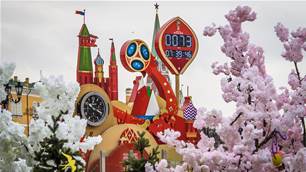