The match took place at the Yekaterinburg Arena on Friday and ended in a 1-0 victory to the Uruguayan side.

"[We] were watching Cavani and Suarez, but such transfers are beyond our reach, all of them have contracts with the clubs," Ivanov joked when asked whether he had chosen someone to join Ural.

He added that although both teams were nervous during the match, the game turned out to be great.

"Uruguay and Egypt wanted to win, but the Latin Americans were the lucky ones. I liked the atmosphere at the stadium and in the city, [I have] great impressions, the football festival has come to Yekaterinburg," Ivanov said.

The games of the 2018 FIFA World Cup will be held at 12 stadiums across 11 Russian cities till July 15. Uruguay and Egypt are playing in Group A where they will also face host Russia and Saudi Arabia. 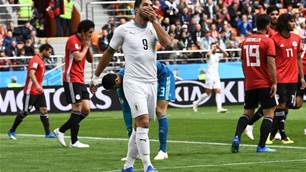