FIFA has rebuked Argentina legend Diego Maradona for his harsh criticism of US referee Mark Geiger, who took charge of England's fiercely-contested win over Colombia on Wednesday morning.

Maradona launched a scathing attack on the referee for awarding an England penalty in the second half, calling it a "monumental theft".

He even went as far as calling for an apology to the Colombian people from the Chairman of the FIFA Referees Committee, Pierluigi Collina, for appointing Geiger.

“FIFA is extremely sorry to read such declarations from a player who has written the history of our game,” FIFA told AP.

The international body added that Maradona's “insinuations” were “entirely inappropriate and completely unfounded.”

The 57-year-old Argentinian has already been in hot water at Russia 2018, from smoking in the stands of Moscow's Spartak Stadium to showing his middle fingers to Nigerian supporters after Argentina's late winner in their final group-stage game.

On Saturday, it was reported that FIFA had ceased co-operation with Maradona, who attended World Cup matches as its ambassador and was paid over AUD $17,600 for each game.

He also has a history with the England national team, scoring the infamous 'hand of God' goal against the Three Lions in Mexico '86, the tournament at which captained Argentina to victory. 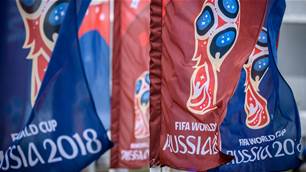 Maradona Apologizes for Criticizing US Referee Geiger After Colombia-England Match 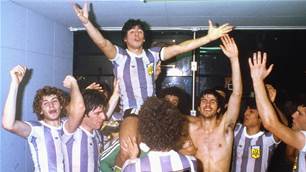