Germany forward Timo Werner said on Sunday that the defending World Cup champions must win their next match in order to progress to the knockout stages.

Germany lost 1-0 to Mexico in teams' first World Cup match at the Luzhniki Stadium in Moscow earlier in the day.

"We need to win our next match, otherwise, we will be knocked out of the tournament. I don't think there's too much pressure on us. It's better to lose the first game than in the knockout stage. We have a strong team and we believe in ourselves," Werner told journalists.

Germany will next face Sweden on Saturday and South Korea on 27 June.

The 2018 FIFA World Cup kicked off on Thursday and will continue until 15 July, with the matches set to be played in 11 cities across Russia. 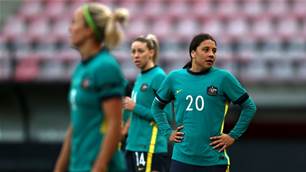