MOSCOW, June 4 (Sputnik) - Manchester City defender Vincent Kompany, who picked up a groin injury in Belgium's friendly goalless draw against Portugal on Saturday, has been included in the country's final 23-man squad for the upcoming FIFA World Cup, the team announced Monday.

"Vincent Kompany is a true leader. He performed in a fantastic manner when he was on the pitch. His leadership is essential for us," Belgium head coach Roberto Martinez was quoted as saying by the team's Twitter.

Martinez added that another seven or eight days were needed to determine how serious the 32-year-old's injury was and that he would be able to replace the 77-cap player until 24 hours before Belgium's first World Cup match against Panama on June 18.

Defender Laurent Ciman was named as a stand-by player.

Belgium will face Panama, Tunisia and England in Group G at the FIFA World Cup that will be held between June 14 and July 15 at 12 stadiums across 11 Russian cities. 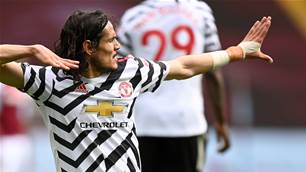