Ronaldo and Messi have won FIFA Ballon d'Or awards five times a piece, while Neymar has yet to win one.

Ronaldo scored a hat-trick during Portugal's 3-3 draw with Spain on Friday.

"I agree with opinion that [Cristiano] Ronaldo and Neymar are the best right now. I saw Ronaldo play last night," Marcelo told journalists.

Brazil have been drawn in Group E along with Switzerland, Costa Rica and Serbia. The five-time World Cup winners will play their first game of the tournament against Switzerland on Sunday. 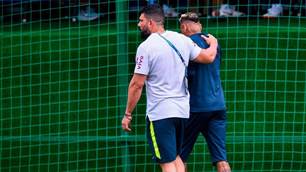 Neymar not 100% fit for Switzerland match