Avron station has become "Nous Avron Gagne" referring to a similar sounding phrase in French "Nous Avons Gagne", which means "We have won."

Charles de Gaulle-Etoile station turned into "On a 2 Etoiles," which means "We have two stars" in reference to the second star over the badge on the national team's shirts commemorating the number of times they have won the FIFA World Cup.

Bercy has become "Bercy Les Bleus," which is a word-play since "Bercy" sounds similar to the French "merci" meaning "thank you." 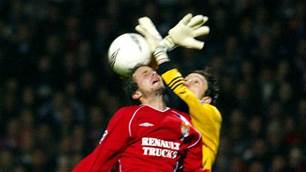