Croatia midfielder Ivan Perisic said he could not even dream of playing in the World Cup final.

Perisic was named the man of the match, as his side beat England 2-1 on Thursday morning and qualified for their first-ever World Cup final, where they will face France on Monday (AEST).

"I want to congratulate all our fans. I was in my home town 20 years ago, I was rooting for the national team and I couldn't even dream of playing for my country, scoring one of the most important goals, and qualifying for the final," Perisic said.

Perisic scored the first goal for his side in the 68th minute and assisted Mario Mandzukic in the 109th minute to help securing Croatia’s victory in extra time.

"It was a very tough game, we all knew what was at stake. A semi-final match is important for such a small country as Croatia. First, we were not too quick, but when we started losing we realized we needed to change something. My goal was essential."

"We've seen almost all the group-stage matches of France. Many people thought that Belgium would go further, but France are very strong. I don't want to focus on any player of their squad, they're all strong," Perisic added.

The 2018 FIFA World Cup kicked off on June 14 and will continue until Sunday, with the final match between France and Croatia to be held at Moscow's Luzhniki Stadium. 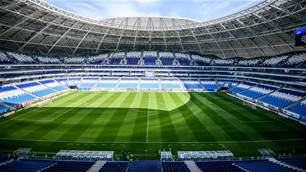