Portugal star Cristiano Ronaldo said that the level of organisation of the World Cup in Russia was a pleasant surprise for him, especially in terms of security.

On Sunday (AEST), reigning European champions were eliminated from the tournament in Russia after losing 2-1 in their round of 16 match to Group A winners Uruguay.

"I think the tournament is very well-structured, a lot was done in terms of security. I've been happy here. Things didn't go as planned (for Portugal), but at the security level, (the tournament is) very good."

The 33-year-old forward scored four goals at this year's World Cup, including a hat-trick against Spain in the team's first match at the tournament. 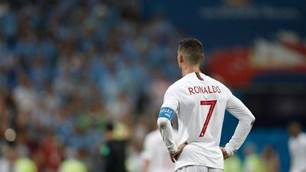 Ronaldo not ready to discuss his international future