Russia plans to keep using the infrastructure created or upgraded in the country ahead of this summer's FIFA World Cup after the tournament came to a close on Sunday, Russian Deputy Prime Minister Olga Golodets said on Wednesday.

According to Golodets, a total of 269 infrastructure facilities were built in Russia ahead of the World Cup.

"First of all, these are the stadiums, I remind you that 12 stadiums and 95 new training grounds were part of the tournament. A total of 64 of these will be reconstructed for the development of children's football according to the Concept of the World Cup legacy," Golodets said during a meeting with Russian President Vladimir Putin.

She also said that airports in 11 cities had been reconstructed ahead of the tournament with one new airport built in Rostov-on-Don.

The deputy prime minister added that the renovated infrastructure would boost the development of tourism in the country.

"We expect that the improvement of infrastructure... will create a stable base for a new tourist flow of both inbound and domestic tourism," Golodets said.

Russia hosted its first World Cup from June 14 to July 15 with the games played in 11 cities. 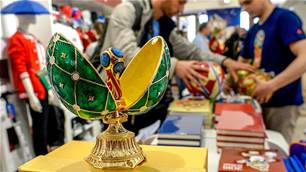