The prime minister added that an estimated 3 million foreign tourists visited the World Cup host cities during the tournament.

"It is about twice as many as at the Olympics. I am sure that the overwhelming majority of these tourists have taken only good impressions of Russia with them. I would like to specifically thank people living in the cities that hosted the matches, where the training grounds were situated, and the volunteers. I am sure all of this will influence the way our country is perceived in the world," Medvedev said at a meeting with his deputies.

A total of 11 Russian cities, including Moscow, St. Petersburg and Sochi, hosted the World Cup that came to a close on Sunday, with France beating Croatia 4-2 in the Russian capital. 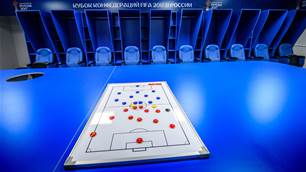