When Socceroos fan Chris Bowden and his mates agreed to take on a local futsal team in Sochi they got MUCH more than they bargained for...

Last week I asked my legendary Russian-speaking Ukrainian friend Alex Gavrish to help me book a futsal court in Sochi so we could have a kick around among ourselves.

When I ask what the cost will be, I’m told there’s no charge as we’re travelling Australian fans and in the spirit of the World Cup the futsal centre people want us to enjoy Sochi. A super nice gesture, but it gets better.

They then offered us to play a friendly match against a local team of Russian fans, to which we accepted, but we didn’t know what we were signing ourselves up for...

Next thing we know, they’ve mocked up official artwork for the friendly match (below) and set up a live stream broadcast of the match so our families back home in Australia can watch us play. 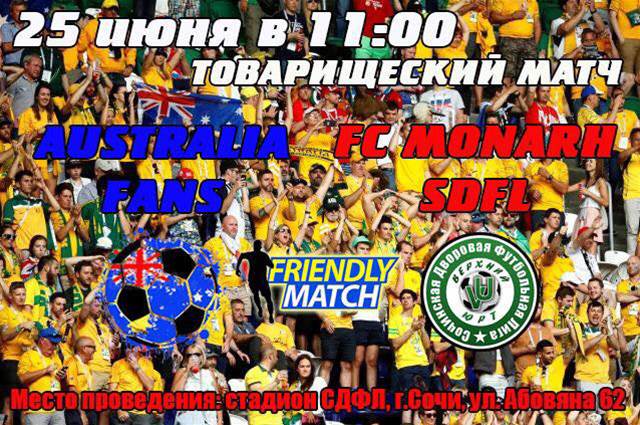 On game day they wouldn’t even let us be out of pocket by making the 30-minute Uber journey to the venue - they rocked up to our hotel with 4 cars to take us all there.

During the car ride our Russian host reveals that all 10 of them had taken the day off work just to participate in this friendly match. The futsal centre offered this opportunity to all the teams, asking them to put forward their case to earn the opportunity to represent their country, and this particular team won out due to their English skills and Fair Play record throughout the season.

We arrive at the venue and of course there is an official referee in full kit who has also taken the day off work just to have the honour of refereeing in this friendly match, as well as the local POLICE who were present to ensure the smooth sailing of this international.

After the national anthems, an epic game played in great spirits finishes 7-7, with both sets of teams doing their respective nations proud.

Post-match we’re treated to a ceremony where we’re presented with medals, a trophy, and a gift of a giant bottle of Russian vodka. As is apparently Russian tradition, one-by-one we all take shots out of the trophy and each of us are applauded by their team for doing so. 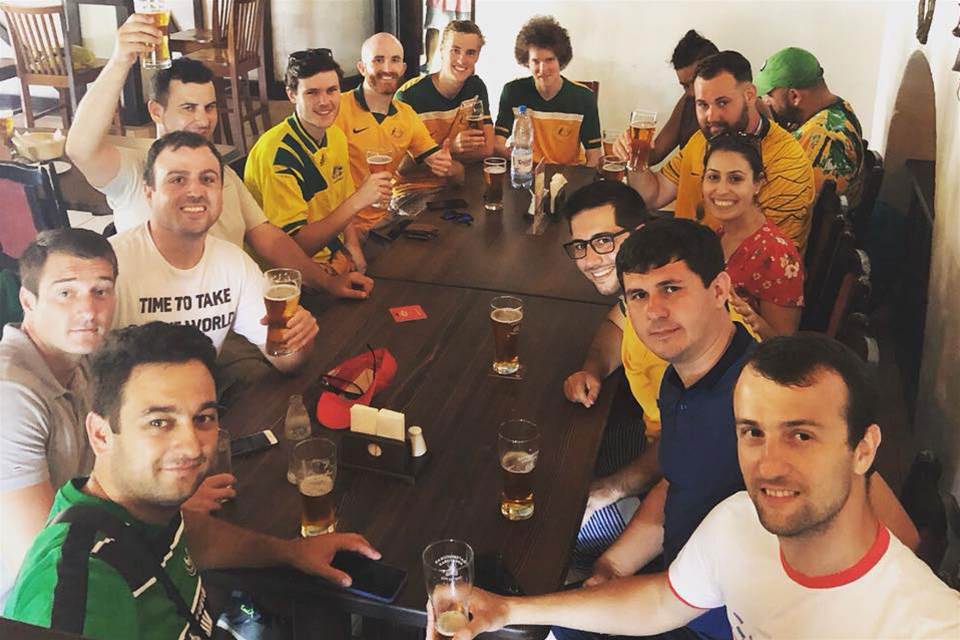 Due to the short notice we didn’t prepare any gifts for them in return so decided to take them out for lunch and drinks which would be covered by the Australians. After hours of celebrations and singalongs at the pub, we go to pay but it turns out the sneaky buggers had already taken care of the bill!

The generosity we experienced today is just one example of the amazing hospitality we’ve received from the Russian people during our time here.