Russia's first-ever World Cup will take place from June 14 to July 15 at 12 stadiums in 11 cities across country.

Australia were drawn in Group C along with France, Peru and Denmark. 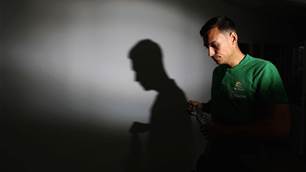 Sainsbury: 'I thought my career was finished'