Former Russia defender Sergei Ignashevich said one of his most memorable matches of this summer's FIFA World Cup was against Uruguay and that striker Luis Suarez is arguably the best player in the world.

The 39-year-old defender originally retired from international football following UEFA Euro 2016. He was called up to the squad in May by Russia head coach Stanislav Cherchesov to replace injured Rubin Kazan defender Ruslan Kambolov, and became the oldest player ever capped for the USSR or Russia.

He started for the national team in all of their five World Cup matches this summer and announced his retirement from football shortly afterwards.

“One of the most memorable moments of the World Cup for me was against Luis Suarez from Uruguay," Ignashevich said on his official Instagram account.

"Suarez is one of the best strikers in the world. And for some people he is the best. I agree with the latter." 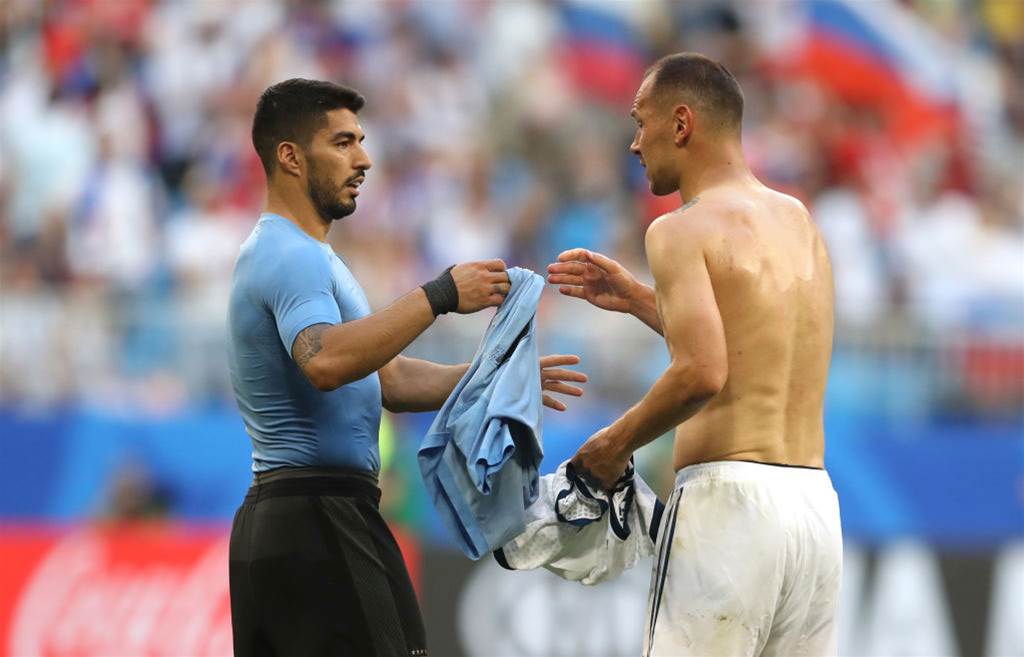 Russia played Uruguay on June 25 in Samara, with the South American side winning 3-0. It was the only match the host nation lost during the group stage of the tournament. Both teams then advanced to the quarter-finals where Russia lost on penalties to runners-up Croatia and Uruguay were beaten 2-0 by eventual champions France.

Earlier in July, France goalkeeper and captain Hugo Lloris praised Uruguay strikers Edinson Cavani and Suarez, saying that the two were "one of the most beautiful attacking duos in the world". Suarez netted two goals for his side during the tournament.

Russia's first-ever FIFA World Cup kicked off on June 14 and came to a close on Sunday after 64 games were played in 11 cities across the country.