Around 8,000 spectators, including Egypt's Ambassador to Russia Ihab Nasr and Head of the Russian Republic of Chechnya Ramzan Kadyrov, watched Egypt's training session, which was open to supporters, in Grozny, a Sputnik correspondent reported on Sunday.

Egypt's World Cup warm-up filled around a quarter of the 30,000-seater Akhmat-Arena due to FIFA regulations. Hundreds of supporters, including those who came from neighboring regions, lined up at the arena's main entrance to see Egypt's training.

Egypt star striker Mohamed Salah, who recently suffered a shoulder injury, did not train with the rest of the team. When spectators started chanting Salah's name, the 25-year-old Liverpool striker appeared in the stands with Kadyrov. Holding hands, they greeted the audience, and then left.

Egypt squad arrived in Russian Republic of Chechnya's Grozny, where the team will be based during the upcoming tournament, earlier on Sunday.

Russia will host its first World Cup from June 14 to July 15. The fixtures will be played at 12 stadiums across 11 cities.

Egypt have been drawn in Group A and will play Uruguay in Yekaterinburg on June 15, hosts Russia in St. Petersburg on June 19 and Saudi Arabia in Volgograd on June 25. 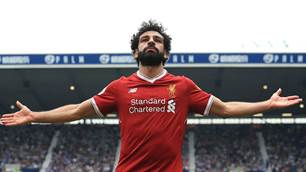 Five danger men from Group A 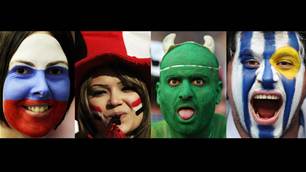 A bluffer's guide to Group A