Former Russia striker Dmitri Bulykin said on Thursday that the game against Uruguay would be more difficult for Russia than their previous matches against Saudi Arabia and Egypt.

Hosts Russia are currently top of their Group A after defeating Saudi Arabia 5-0 in the opening game of the tournament on June 14 and beating Egypt 3-1 on Tuesday. Uruguay and Russia will meet in Samara on Monday.

"The next game [with Uruguay] will be a bit more difficult than the first two games. But I believe that the Russians can play well... Let it be 1-0, and we will all be happy. But it is always tough to predict the score," Bulykin told journalists.

He also named Uruguay forwards Luis Suarez and Edinson Cavani as their team's strengths and said he hoped Russia's defense would be able to contain the two.

Suarez, who has been capped 100 times for Uruguay, is his country's all-time leading scorer with 52 goals under his belt, while Cavani has netted 42 goals in 103 international appearances. 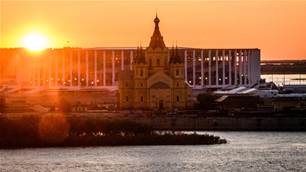 Cavani hopes weather will be cooler against Russia 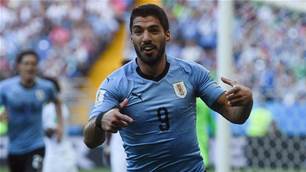