A decade after Melbourne Victory showed Robbie Kruse what it takes to be a professional footballer, the Socceroos mainstay is back to repay the favour.

The 30-year-old feels a massive debt to Victory and is rapt to be new manager Marco Kurz's first signing.

While the A League powerhouse is playing catch-up with recruiting, there was more good news on Thursday when Victory announced fellow Socceroo Andrew Nabbout is also returning.

Nabbout, who last played for the Victory in 2015, is back after 16 months in Japan.

Kruse said as soon as he heard Victory were interested in him, the feeling was mutual.

"Once my agent spoke to me about Melbourne, my head immediately turned," he said.

Kruse was struggling with off-field problems when he left Brisbane to join Victory in 2009.

Two years later, he was playing in Germany and had started his 75-game career with the Socceroos.

"I probably wouldn't have the career I have today," he said when reflecting on his original stint at the Victory.

"I'm not too sure I would even be playing football. I got away from my comfort zone and moved down here.

"It gave me that platform to realise my potential and I will be forever grateful for that."

Kruse said family - he and his wife have a young son - was another major factor in returning to Melbourne.

On the field, his goals are straightforward.

"I really want to give back and lead by example," he said.

"Obviously we're here to win titles, because that's what Melbourne Victory does - they're not a team that rebuilds, they're a team that is always up there. The fans expect that."

Kruse is in regular touch with Socceroos manager Graham Arnold and wants to add to his international caps.

"I've said I will always put my hand up to play for the national team," Kruse said.

"I have the utmost respect for Graham as well and we were open about it.

"I said to him, I'm always here, if I'm performing well enough and up to the levels required."

Kurz said signing Kruse sent a "clear message" to everyone at Victory.

"It's really important to have this kind of player, with this experience, but also hungry for the next step," he said.

Victory still have several vacant spots to fill, but Kurz added they are being selective in their recruiting.

"We are not the early bird at the moment in the league, but we feel comfortable we will find the right players," he said.

The new manager also said he did not try to retain Terry Antonis, who told him in their first conversation that he wanted to play in South Korea.

"We lost a high quality player, but in the end it was a decision for Terry," Kurz said.

Nabbout will return to Melbourne on the weekend and his signing will be subject to a medical on Monday. 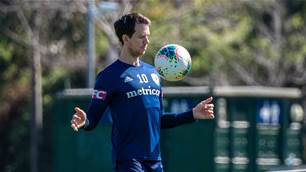 Victory exodus is a blank slate bonus for stayer Kruse 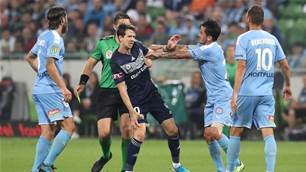 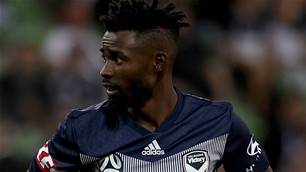 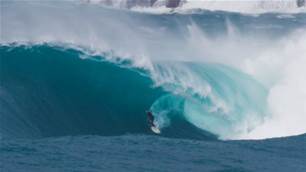