Melbourne Victory boss Kevin Muscat has lashed out in the escalating club vs country row over the Olyroos.

After Victory's training session this morning (see the pics above), Muscat was furious he had been left to carry the can of being outraged about the impact of Olyroos selections on the A-League.

He had previously spoken out about losing Thomas Deng a week before the international break to Graham Arnold's training camp in Malaysia ahead of the AFC U23s Championship qualifiers in Cambodia.

Muscat was still angry at losing his star defender for their win against Brisbane Roar – but he was even more angry that he was portrayed as the only one complaining about it.

"It's far from the truth," Muscat said. "If you're going to speak, speak the truth and stop lying to insult people's intelligence. Near enough every club was concerned or had an opinion.

"It's certainly wasn't club v country. You don't need to tell me how important the Olympic Games are. I went to one.

"For a younger player, it's a great experience. My only point was from a club perspective. I don't think the A-League gets taken seriously. That had nothing to do with club v country.

"I consider the A-League a very important part of Australian football. I do that ALL the time...not just when it suits." 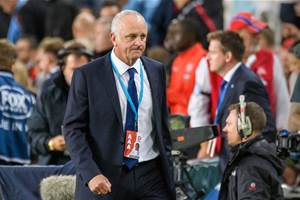 Arnie set to quit the Olyroos

Graham Arnold has admitted he's ready to walk away from the Olyroos after trying to juggle the u23s job with his Socceroos duties.

Arnold has now aired the possibility he may stand down as Olyroos coach as the demands of juggling that role with the Socceroos job threaten to interfere with each other.

But Arnold has also aired the idea of shutting down the A-League in January to allow for international training camps and tournaments, and wants to discuss the idea with club bosses.

Muscat added: "We're more than happy to be involved.

"As a football club, we've been more than accomodating for representative honours for players. It's clearly an issue." 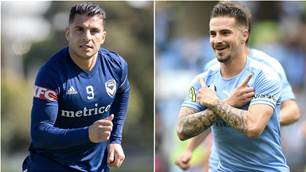