Back at the Fritz Walter Stadion in Kaiserslautern almost a decade after ’that' Japan win at World Cup 2006 - and four years after defeating Germany 2-1 in another friendly on German soil - the two nations met.
It looked like the reigning world champions versus the reigning Asian champions would be a one-sided affair after Marco Reus slid home the opener. 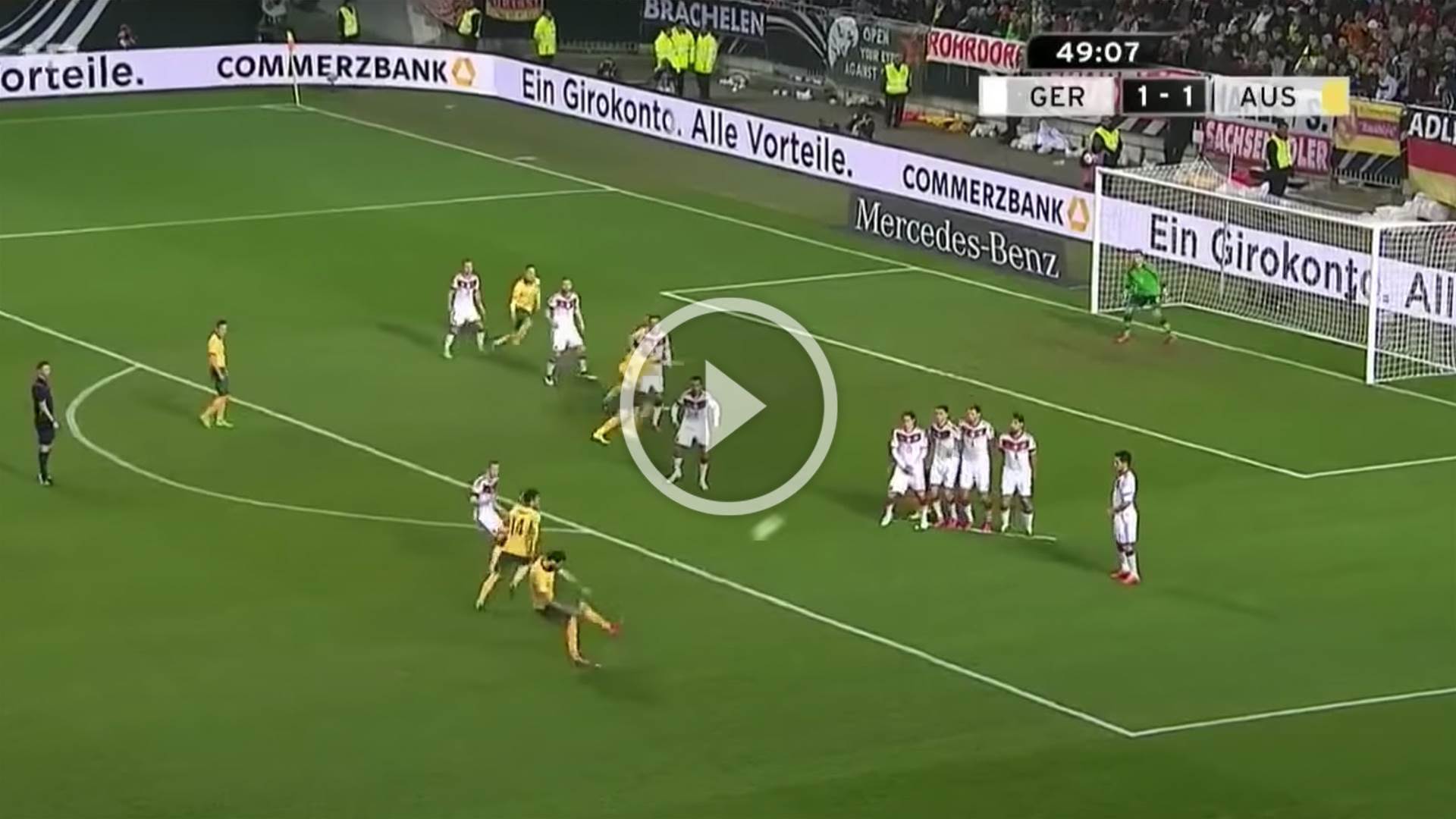 But James Troisi’s neat header from Nathan Burns's clever cross, levelled the match just before the break.
Then, to their fans' horror, Die Mannschaft was shocked by an absolute stunner from captain "Jedi" just after the break.
It ended 2-2 but Ange Postecoglou's Socceroos gave the reigning world champions a real fright on home soil, with all the talk post-match about Jedinak’s cracking curling effort.

World Cup 1998 champion France was expected to dispatch a nation that hadn’t qualified for a World Cup in 27 years when Les Bleus met the Green and Gold at the 2001 Confederations Cup in South Korea.
So it was a beautiful moment just after the break when Josip Skoko’s curling set-piece was scrambled away off the post by Gregory Coupet, only for Clayton Zane to react first and sweep home a winner.
And didn't "Clacka" enjoy it that goal.

Who remembers the 1988 Bicentennial celebrations? The year 1988 was a big one for Australia.
And for many in the football world here, it was the year the Socceroos (largely part-time footballers) dispatched the reigning world champions on home soil in a tournament called the Gold Cup, also featuring Brazil.
It was the biggest story in Australia for a day or two.
Even without Maradona the Argentinians were expected to easily win. Diego Simeone, Hernan Diaz and Oscar Ruggeri all started for a classy Argentina.
But at the old Allianz Stadium in Sydney, the Green and Gold ran rings around a disorganised visiting side that could only respond with aggression to an electric Socceroos display.
The world champions were made to look very ordinary in a 4-1 demolition (goals to Paul Wade, Vlado Bozinovski and Yankos (2)).
The highlight of the night?
One of the greatest-ever Socceroos goals. Enjoy Charlie Yankos's absolute banger.
Oh. What. A. Night.