Melbourne Victory’s winless away record in continental competition has continued, after being completely outclassed by Chinese giants Guangzhou Evergrande in the cauldron of Tianhe Stadium.

Brazilian superstar Anderson Talisca was a menace throughout, scoring twice as Victory completely failed to deal with his powerful dribbling and divine left foot.

Lawrence Thomas failed to recover in time from the knee injury that kept him out of the Big Blue, so understudy Matt Acton continued between the sticks, with Matt Sutton as the backup on the bench.

Leigh Broxham deputised for the injured Terry Antonis in midfield, with Corey Brown filling the left back role. Partially due to having to take an extra goalkeeper, Victory fielded only five out of a possible seven substitutes. Fringe players Jai Ingham, Rahmat Akbari, and Birkan Kirdan were all left back home in Melbourne.

In contrast to their Chinese Super League lineups, in which they’ve committed to playing only two of their foreign stars, Guangzhou started a full complement of overseas talent, with Talisca and Paulinho supplemented by former Everton youngster Tyias Browning and Korean defender Park Ji-Soo.

National team mainstay Gao Lin wore the captain’s armband, with several other Chinese internationals dotted throughout the squad, overseen by manager Fabio Cannavaro, who has recently taken on the China job as well. 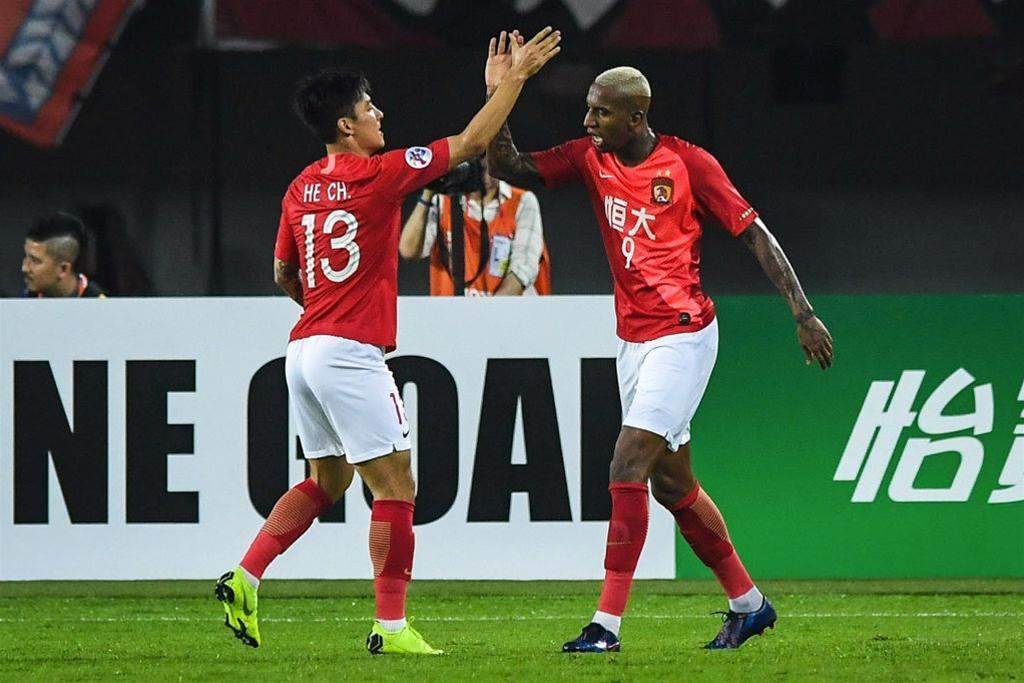 Best on ground by a country mile, the former Benfica and Besiktas attacker showed why he’s among the finest imports currently gracing Asia with an imperious individual display.

Talisca has acquired the nickname “Yaya” in reference to Ivorian legend Yaya Toure, but his game more resembles that of countryman Rivaldo. The 6’3’’ forward eats up the ground in front of him with his long, loping strides, has the strength to hold of any defender at pace, and has a penchant for the spectacular, particularly if given room on his favoured left side.

Talisca set the tone in just the third minute, smashing a magnificently-struck free kick against the apex of goal, with Acton nowhere near it. Just four minutes later, he orchestrated the breakthrough. Picking out Gao Lin on the left flank with a stunning cross-field ball, Talisca began his run from deep, evading the attentions of Broxham and Brown to hang in the air and head home from Gao’s cross.

Talisca has his second inside ten minutes – and the sequel was even better than the original. Sizing up Corey Brown, Talisca cut inside onto his left foot and curled a jaw-dropping strike into the top left corner, leaving Acton with no chance.

He couldn’t quite complete his hattrick but continued to torment the Victory backline before he was substituted in the 80th minute.