In 'Straya, we love a good foreign bargain.

Whether it's 'genuine' Gucci handbags from Shanghai, unwatchable DVDs from Kuta or sweat-trapping Premier League kits from Phuket, there's nothing that says 'I still call Australia home' like matching Bintang shorts and wife-beater for 75 cents.

In fact, we love an exotic markdown almost as much as we love recycling A-League talent...

So the promise of matching these two made-in-heavens should be enough to loosen the purse strings and get a few club owner's tongues wagging as we head into the big winter A-League recruitment drive.

The following six familiar faces are fringe and former Socceroos (plus one converted A-League legend) that find themselves exiting the mutual termination highway and looking for (not so fresh) pastures.

Should they return to the A-League, it would be the usual nationwide lap of honour for some, while for others, a quick pit-stop in the hope of a foreign relaunch.

But whatever the result, get strapped in because it's surely nearly time for some of these heroes' homecoming. The A-League could have a sweet Socceroo scent at the start of 2019/20. 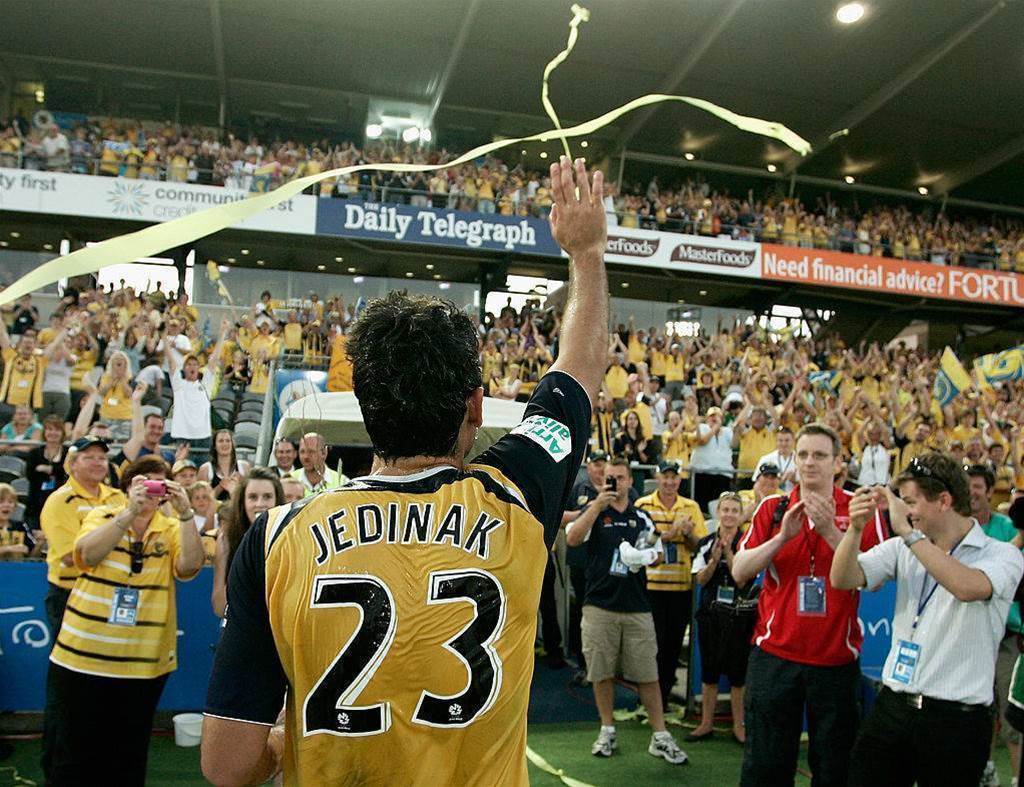 After dropping out of the Premier League after achieving hero-status at Crystal Palace, the 35-year-old Socceroos skipper proved he was far from kicking tyres with a sensational World Cup performance and three strong Championship years at Aston Villa.

After falling out of the first XI, he was eventually released by the Villans after helping the Midlanders to English Premier League promotion – but not before making 70 league appearances and leaving his uniquely bearded mark on Villa Park fans in the process.

"Gratitude and respect for what the claret and blue means to those who support this incredible football club," Jedinak posted after his Villa departure was announced.

"I'll always be proud to be associated with Aston Villa."

Jedi's already been heavily linked with a move to expansion side Macarthur FC when the new side enter the A-League in 2020/21, but given he'd have to find a new club in the meantime, his A-League plans may be accelerated...

Whoever he joins, after attaining such hero-status with Australia over the years, you'd think he'd become a drawcard to rival many foreign marquees.

Arnie's bid to butter up clubs for Copa America