Former A-League striker Iain Ramsay says having ex-England manager Sven-Göran Eriksson as his boss at January’s Asian Cup showed why the veteran is such a class act. 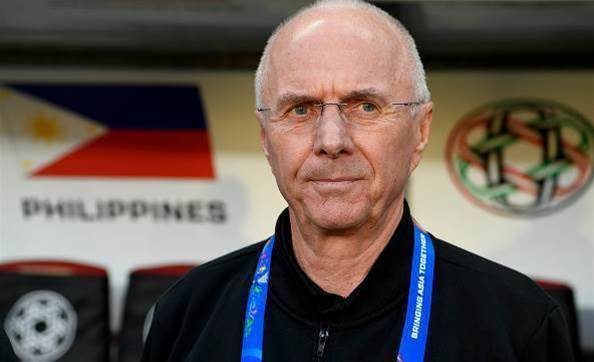 With a CV that includes Serie A, EPL clubs and England at the 2002 and 2006 World Cups, Ramsay and Co. were desperate to take as much from the relatively brief stint under the Swede.

“We didn’t work with him for a long time, but in that short space of time, we tried to understand his way of football as quick as possible," said Ramsay.

“If he opened up with his stories about his career, we were lucky to hear them and learn from his experience.

“But really, what I would say is he is a gentleman, a class act and I really enjoyed the experience, it’s really helped me.

“He did a decent job and it was a pleasure to work under him.”

It was a big month for the former Reds star, who signed for Thai side Sukhothai FC in the vastly improving Thailand league, arguably South-East Asia's strongest.

There he plays alongside fellow Aussie-born defender Curran Ferns with the club drawing 0-0 last weekend in their season opener away to Chiangmai. 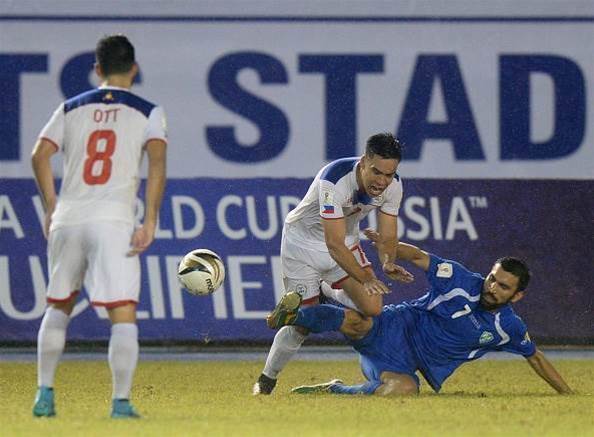 Ramsay playing for the Azkals

Ramsay didn’t get a chance to face the Socceroos at the Asian Cup. Though it might still happen in the future.

However, Australia got a taste of Philippines football after club side Ceres Negros defeated Brisbane Roar in an ACL qualifier.

It’s a nation on the rise, says Ramsay. And with Cardiff keeper Etheridge, who has over 60 caps, they can go further in the region.

The Bluebirds keeper made the decision to stay in the Premier League and help his club in their fight for EPL survival.​

“It was a shame we couldn’t have Neil on board at the Asian Cup and for me, he would’ve made a massive impact and confidence to the team," Ramsay said.

“But for the federation to get Sven, shows how ambitious the Philippines are about their football."