Fans and governing body at loggerheads. 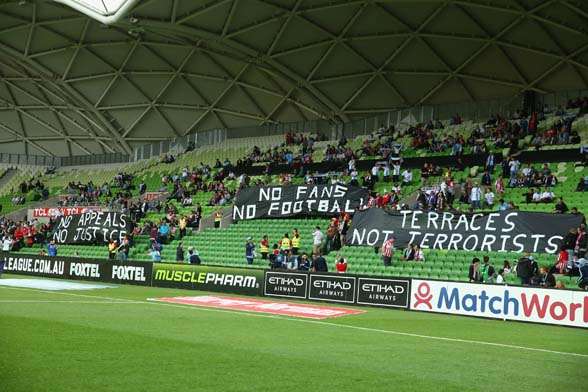 Despite the on-field successes over the past year where Australian football fans enjoyed the luxury of witnessing the Socceroos win the Asian Cup on home soil, the success of the Matildas and the continuing growth of the A-League, 2015 will be remembered as a failure from the FFA.

The organisation running the world's biggest sport in Australia has come under a lot of criticism throughout the year ... A failed CBA agreement, the Matildas refusing to play in the US, the issues with the sale of the Newcastle Jets, the financial crisis in Brisbane, the salary cap scandal in Perth, the price gouging of fans for the FFA Cup Final and Wellington Phoenix's future being purposely thrown into uncertainty. Yet amidst all of this controversey, the biggest failure of 2015 is that the FFA has managed to infuriate its biggest stakeholders, the fans. 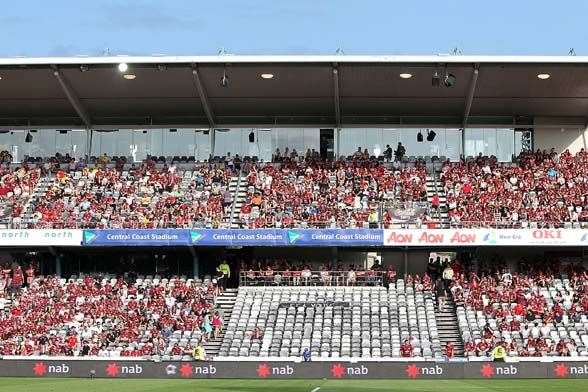 The results of the walkout by the RBB. (photo by Getty Images)

The A-League, especially of late, has run off a mantra claiming the code's fans are the best in all the land. Whether it's seen in advertisements or portrayed heavily throughout media platforms, the passionate active support groups are a major reason as to why people flock to stadiums throughout the country.

Without the fans, football in this country cannot survive. Fans such as the RBB, North Terrace, The Cove, The Melbournians and The Den to name a few offer something unique and different unlike any other codes in this country.

In an emotional plea to the game's governing body, former Socceroo turned media pundit Mark Bosnich stated on Foxsports' Matchday Saturday that, "Fans can live without football, but football can't live without fans" . 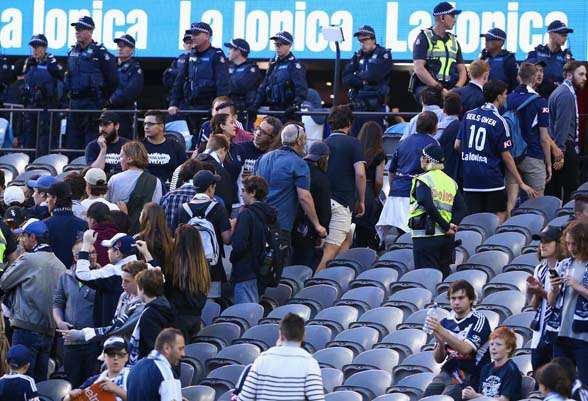 The North Terrace walking out midway through the first half against Adelaide United. (photo by Getty Images)

The fans and clubs have clearly stated that they want a fair appeals process for fans who have no right of appeal after receiving bans, an inquest into why there was a breach of privacy in relation to Name and Shame files by Rebecca Wilson in The Daily Telegraph, and to develop a backbone to stand up for the sport they govern and to support their number-one stakeholder, such as when they are labelled as "grubs" or "suburban terrorists".

This plea, along with the boycotts, walkouts and silent protests, has not achieved the outcome that was desired by the footballing community after FFA CEO David Gallop's comments in a press conference in relation to the fans voicing their concern. As a result the A-League could potentially experience some of the lowest crowd averages of all time. 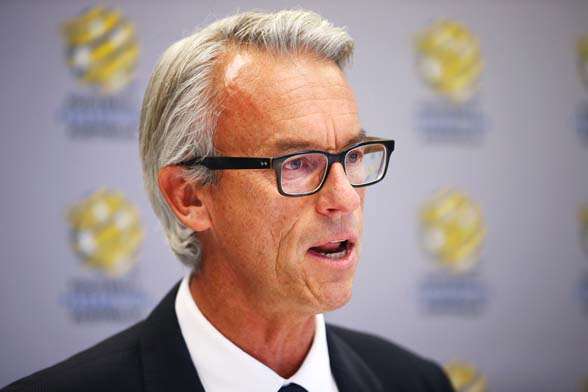 Active support groups and club members from all around the country have pledged to boycott games until the FFA proves that they support their fans rather than just use them for promotional purposes. Should the unrest continue, the FFA are running the risk of not only losing fans for the time being but potentially losing them for good.

As Simon Hill claimed, the game "is now at war with itself". 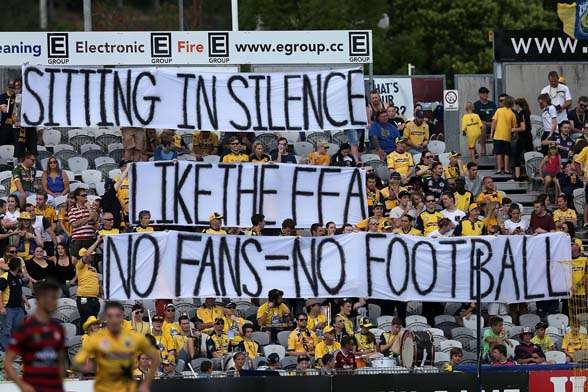 Over a week to release a statement suggests more than what was eventually said. (photo by Getty Images) 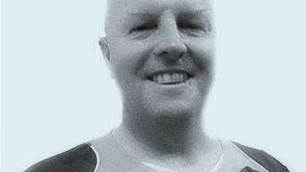