He’s marketable and bang in form. Young Aussie striker Harry Sawyer has scored again as he blitzes the Hong Kong Premier League...although the former Jet is still getting used to a few things in Asia.

“We actually played on Christmas Day!” he told FTBL fresh from scoring in a 3-0 win for Tai Po against Hoi King on Sunday night.

“It was pretty strange. I’d have to say, getting up that morning in my apartment and not celebrating but preparing to play a cup semi final was pretty weird.

"It was the first time I’d played on Christmas Day. And surprisingly there were a few people there watching,” he said with a laugh.

“I wasn’t expecting many fans. I’m not really sure why we played on Christmas Day. I guess it’s a different culture.

“And in the AFC Cup we’re set to face a team from either Mongolia or North Korea  [either Ryomyong SC from PRK or Erchim FC from Mongolia].

"That’ll be some trip away if it’s North Korea. I have heard teams playing there before have had their video analysis equipment confiscated. Who knows if that’s actually true…

“It’s all part of the adventure in Asia, I guess.” 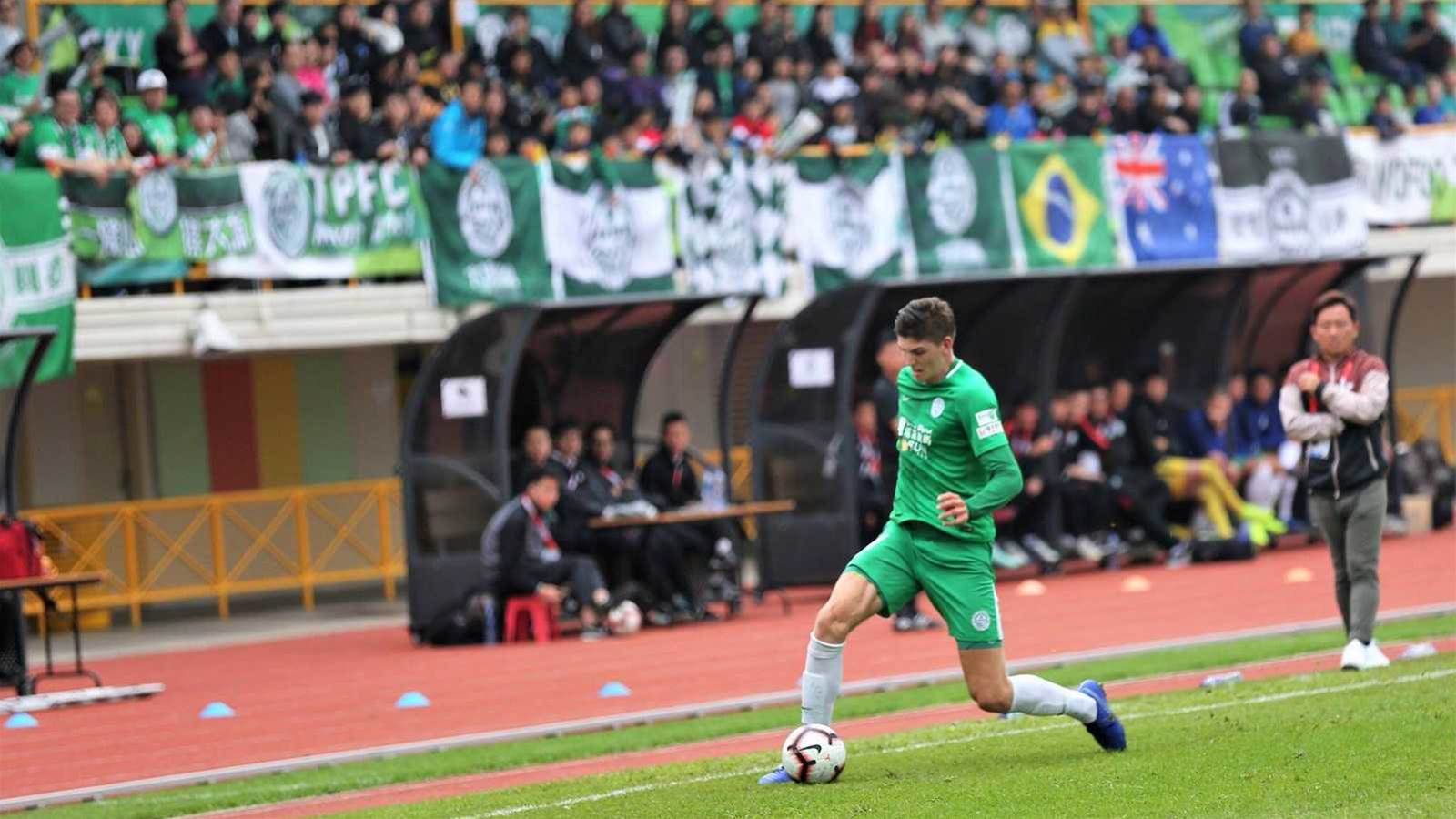 The 22-year-old (who celebrated his birthday on New Year's Eve), 195cm striker stands out in Asia.

The Brisbane lad has scored seven goals in 10 games this season, mostly with his head.

“It’s a bit of an asset in Asia being my height. About half my goals in Hong Kong have come from my head,” he said.

And he’s playing regularly, which was all part of the plan when he left the A-League following a stint with the Jets in 2017, where he played a handful of senior games.

Sawyer left and joined Philippines outfit Davao Aguilas. He banged in the goals there where he was coached by Aussie Gary Phillips.