This Thursday 22 August 2019, A-League history will be made.

In the humble surroundings of Fraser Rise in western Melbourne, the newest A-League club Western United FC will walk out as a team in front of their fans for the historic first time.

This will be an iconic moment for the club and league.

And for the fans and the broader western Melbourne community, one that will be remembered in decades to come.

Here’s why you shouldn’t miss this historic night with the fans and stars of the newest club in the A-League.

As a supporter, it’s a once-only chance to etch yourself into local football and Western United FC history.

Those words, ‘I was there the night Western United played its first-ever game’, are something you can retell to family and friends for the rest of your life.

And if you want to know how it feels, just ask Western Sydney Wanderers fans.

They will regale you about a chilly July 25 night in 2012, one that remains a special marker in the red and blacks’ history.

Those who were at Cook Park St Marys that night, wear it as a badge of honor.

The then-new A-League played their first-ever game, a friendly in front of around 3-4000 fans against local NPL side Nepean FC.

Big or small club, the first time a team walks out together is special.

And unlike Wanderers, Western United have done most of their transfer business before they stride onto the pitch this Thursday night at 7 pm against Caroline Springs George Cross.

For the supporters, what they’ll see is a very, very strong United squad.

Finally, after all the talk online and in the media, they’ll have a chance to rate how the team is tracking. 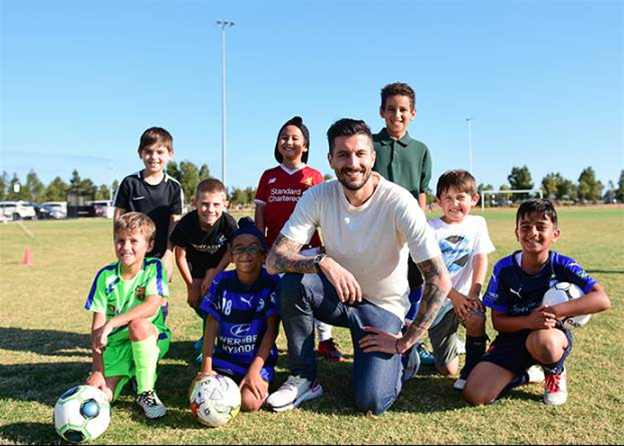 How are the team gelling after their intense Gold Coast training camp?

And what will that fresh kit look like when the Western United boys line up.

So many tantalizing questions. But there’s much more to this particular night. Such as the first real look in match conditions of some top-shelf international stars.

The charismatic Greek has waited long enough, and cannot wait to start playing for the green and black.