Could a group of pioneering Aussies with A-League experience, be behind one of the great Asian World Cup stories with Guam?

In Guam, they hope so, as national head coach Karl Dodd and his Australian assistants plan the minnows' World Cup qualification journey.

The Socceroos weren’t the only Australians in focus when the draw was made in Kuala Lumpur tonight (Wed) for AFC second-round World Cup qualifiers.

In Group A, Dodd's Guam is set to face China PR, Syria, Philippines and Maldives.

Alongside him, former A-League striker Daniel McBreen and a team of Aussie backroom staff are backing the Matao in their dream of causing an upset in the group.

And with three home games out of five on the island later this year, Dodd is hoping to galvanize the island nation’s fans, whose top-level football is rationed to largely every four years.

Queenslander Dodd, who’s reinvigorated Guam’s set up in the past 18 months since taking over as Head Coach, has a massive challenge ahead.

But with his Australian assistants and a program of bringing through local knowledge and expertise, Dodd has a spring in his step.

“Daniel McBreen will again be involved," Dodd confirmed to FTBL.

“There’s also Matt Ham the strength and conditioning goalkeeper coach out of Brisbane, two top physios in Michael and Seb, and the sports psychologist Marcel Noronha and a team manager. 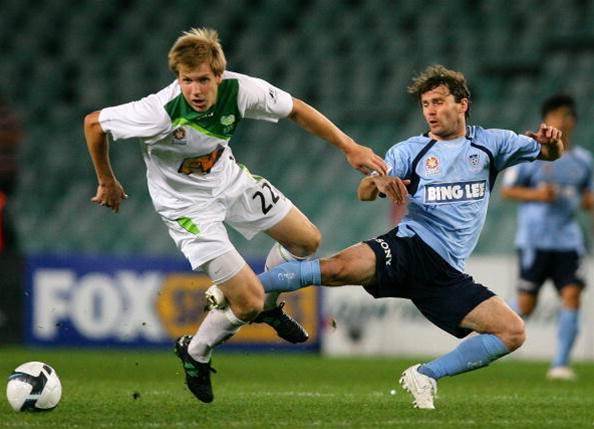 Dodd (left) in his A-League days with Fury

“There are six of us Aussies. We're all helping the locals improve in their respective areas.

“There are no ‘yes men’, we all want the best. We all want to achieve for Guam,” he said.