Socceroo Aaron Mooy and his superstar Shanghai SIPG teammates are a daunting first match-up for Sydney FC in their Asian Champions League opener in Qatar.

Mooy will be making his first Asian Champions League appearance since 2014 when he was playing for Western Sydney Wanderers after the 30-year-old's move to China from Brighton in September.

As well as Mooy, the Chinese Super League club has arrived in Doha with a squad that includes Brazilian duo Hulk and Oscar and Austrian former English Premier League player Marko Arnautovic.

Sydney, in contrast, have travelled to the Middle East without starting goalkeeper Andrew Redmayne, who has stayed in Australia to be present for the birth of his child.

Socceroos defender Ryan McGowan has also been ruled out after testing positive to COVID-19 in Scotland while Milos Ninkovic has been added to the club's ACL squad after star striker Adam Le Fondre's exit to Indian outfit Mumbai City on loan.

Sydney landed in Qatar on Sunday and held their first training session on Monday ahead of Thursday's match against Shanghai.

Players and staff have also had to undergo regular COVID-19 testing and will spend the next three weeks either at the team hotel, training facility or matchday stadium to meet protocols.

"We're the underdogs in all these games but we showed in our last Champions League game against Jeonbuk at home that we can beat them," German midfielder Alex Baumjohann said.

"We conceded a goal in the last minute and I think if we had these three points in our pocket already we would have a big chance to get to the next round.

"Now we're playing four games, I think there's a chance, we just have to continue on with what we did so far in pre-season and working hard so we have all chances to go through." 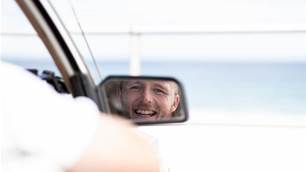