Newcastle Jets have added some foreign talent to their squad with the signing of Spanish midfielder Mario Arqués.

The Spanish midfielder started his playing career in his native Spain.  During his seven years playing at home he largely featured in the Primera División RFEF, the Spanish third division of football.  Arqués did make a single appearance in La Liga for Elche, coming on as a late match substitute.

In his final season playing in Europe he also had spell in the Ukrainian Premier League.  Arqués then made a continental switch moving to India to play for two clubs in the Indian Super League.  In total her has more than 200 senior team appearances and has found the back of the net 15 times.

Upon his arrival, the Spaniard will not be completely unfamiliar with Australians.  He had previously played alongside Tim Cahill at Jamshedpur FC.  He also played against his new manager's former team ISL NorthEast United FC.

Speaking of his new signing, Jets manager Arthur Papas said; “I’ve known about Mario since he played in the Indian Super League.

“He is an elegant player who always wants the ball, has the ability to dictate the tempo of the game, and provides a very strong presence on set-pieces. We are looking forward to having him join the Jets.”

Arqués also expressed his excitement at coming to the A-League club:

“I’m very excited to be a Newcastle player and to give my everything in my upcoming season.

“I’m really thankful for the Club putting their trust in me…I’m looking forward to developing my game and learning from Arthur and all my teammates.

“My goal is to give 110% every game for the team and work hard every day to help get the team to the top.”

Arqués will join them for the upcoming Isuzu UTE A-League season. 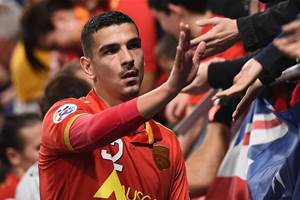 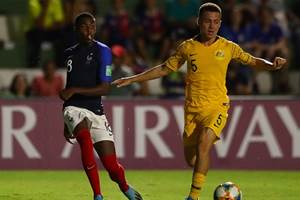 Newcastle Jets open their A-League Men's season on November 21, 2021 against Central Coast Mariners. Their full schedule can be found using this link.