Heidelberg United defender Josh Wilkins has big aspirations to step up from the NPL to the A-League.

The 25-year-old arrived at Heidelberg for the 2016 NPLVIC season after spending over a decade with Perth SC in his home city.

Wilkins has been part of a powerhouse Bergers team and will be looking to go one better in Sunday’s Grand Final against Avondale FC after falling at the final hurdle to Bentleigh Greens last year.

Wilkins mainly plays as a right-back and is good friends with former teammates Kaine Sheppard and Kenny Athiu, who are now on A-League rosters.

He said it was all about getting noticed when it matters.

“I’d like to make it to the big stage, that’s why I moved here from Perth,” Wilkins told FTBL.

“It’s one of those things where you have to put yourself in circumstances where you do get seen and the FFA Cup against Bentleigh next week may be one of those and the Grand Final could be one as well.

“I just have to get to those games and perform. I did OK the other night in the NPL nationals semi-final against Queensland Lions on the national stage which is a positive, but I still have aspirations of getting to the next step.

“I’m surprised Kenny didn’t go sooner. That’s just the way it is, these guys are probably good enough six months to a year before they get picked up.

“It’s just that they don’t get seen until certain stages like the FFA Cup where everyone has to watch. I wish there was more grassroots, more people like scouts watching, but that’s the way it works I guess.”

Wilkins is currently a full-time student, studying Exercise and Sport Science at Deakin University and also works at a warehouse moving appliances.

He feels he still hasn’t reached his peak with football.

“I think playing in a professional environment, I could improve further from where I am at the moment,” he said.

“If you were to train every day, you’d be faster, sharper, stronger and fitter, then I could add to what I can offer.

“I wouldn’t know because I train two to three times a week at the moment and that’s after work or a big day at uni where I’m pretty spent. Who knows what I can do with 110% commitment to football.” 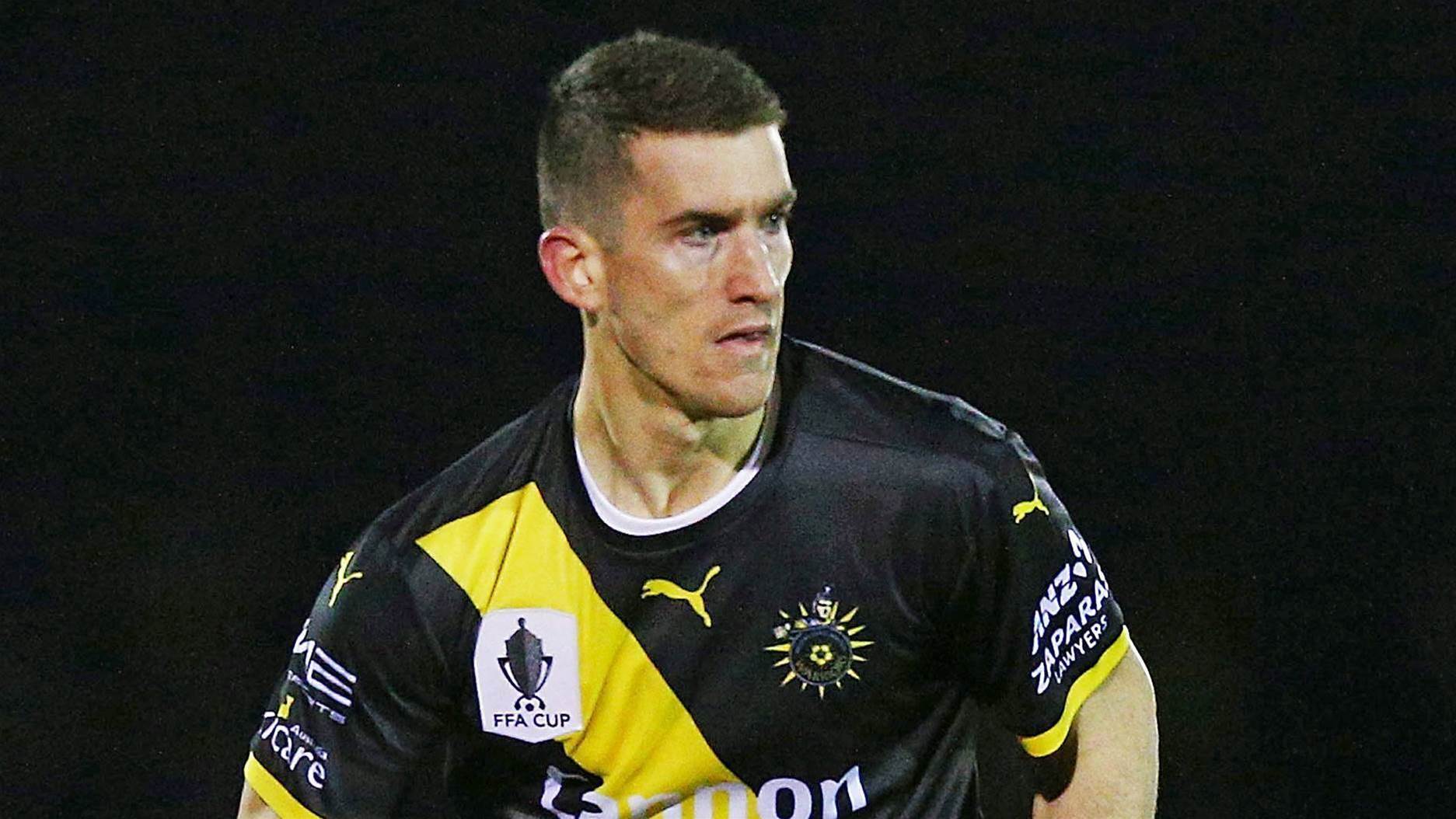 Both teams have played at least two hours of midweek football in the lead-up to Sunday as Avondale nearly upset Sydney FC in the FFA Cup quarter-final, losing 4-2 after extra-time.

Heidelberg have come back from Brisbane after losing 3-1 on penalties to Lions FC during the week.

Avondale have the wood over Heidelberg in the NPL, however the Bergers managed to knock the Avengers out of the Docherty Cup semi-final this year.

It will be the second time Wilkins will play at AAMI Park and will have fond memories of breaking his collarbone against South Melbourne in June last year.

“As a group we’re determined to get this piece of silverware after the loss the other night in Queensland,” Wilkins said.

“We’re just focusing on this now and we want to be crowned the champions of Victoria. We think we deserve it and we’re working towards that goal, but it depends on what happens on the day I guess.

“There’s going to be a few tired personnel around, but everyone looks after their body pretty well. I’m sure if it did go into extra-time, we’ll be able to cope.

“Fans travelled 20 hours in a car to watch us play during the week and that’s the kind of people that support us. We’re proud of our supporters and we want to get the result for them.”

Heidelberg will meet Bentleigh Greens in the FFA Cup quarter-final next Wednesday away.