The 2020/21 A-League season will start in front of a potentially full Bankwest Stadium after the NSW government eased crowd number restrictions.

A-League organisers will be hoping for a bumper crowd to kick off the 2020/21 season after the NSW government announced further easing of COVID-19 protocols on Wednesday.

From Monday stadiums across the NSW and the Sydney metropolitan area will be permitted to operate at full capacity, premier Gladys Berejiklian announced.

It means the December 27 season opener between Western Sydney Wanderers and expansion club Macarthur FC could potentially have a capacity crowd of 30,000 in attendance.

The record crowd at the Parramatta venue since it was refurbished for an A-League fixture is 28,519 for the round three match last season between the Wanderers and cross-town rivals Sydney FC.

The Wanderers-Macarthur match is part of a historic double-header, which will also feature the season-opening clash of the W-League season between the Wanderers and champions Melbourne City.

Since the 2019/20 season was shut down in March due to the COVID-19 pandemic, A-League crowds have been severely limited with only 7051 attending last season's grand final between City and Sydney FC. 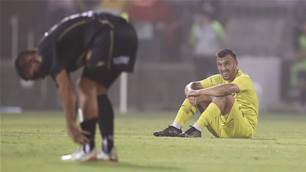