Melbourne City proves that you can win everything with kids, beating Sydney FC 3-1 in the 2021 A-League Grand Final for their first A-League championship. So who were the best (and worst) of the best? Find out right here.

Nathaniel Atkinson, Scott Galloway and Scott Jamieson were the match-winners, each goal a sensational story in itself.

A Kosta Barbarouses bullet gave Sydney an early lead, but Luke Brattan's head deserted him and left Sydney a man down.

But that's just the beginning...

Could have conceded dreadfully in the first few minutes but couldn't do much for the goal, despite getting a glove on it at full stretch. Other than that, he was barely troubled.

He's perhaps been the most under-the-radar, yet consistently improving player of the past two seasons.

He showed exceptionally promising attacking intent from the beginning and should have had an assist in the first half an hour.

He had the most touches of any City player in the first half, which was illustrative of just how important his marauding fullback runs' are to the club, and finished with the second most chances created.

Quiet and composed, Griffiths hardly put a step wrong in either half and could do nothing about Barbarouses' goal. 97% passing accuracy under little defensive pressure, with the second most passes of any City player, allowed City to dictate proceedings.

His vision and execution are both impressive, with some excellent passes throughout the first period. Very positive attacking influence, and constantly involved in building City's momentum from the back.

The nerve it takes to step up as a captain, defender, and non-usual penalty taker, after missing your club's last grand final, and slot home a penalty as confidently as that is beyond a mere mortal's understanding.

He was nearly the epitome of persistence and reliability when pressing forward, crossing accuracy his only fault.

Solid and effective, which was important considering he was often targeted by Sydney's heavy-handed midfielders, which allowed Florin Berenguer and Adrian Luna more space. Not that he was an attacking slouch, finishing with an assist to boot.

Very heavily involved, and almost unbelievably calm in all situations. He strode down the pitch with ease throughout an electric start to the match, but missed an absolute sitter on the 26th minute after Galloway's cross. That was a mere blemish on an otherwise sensational performance.

He was on-form from the beginning, and exhibited clever one-two combination play early, before his brilliantly savvy body positioning earned Jamieson's penalty from less than a half chance.

Very nervous attempt at sealing the match on the 60th minute though, with an almost-open goal.

Atkinson has incredibly good ball control, which gives him so much confidence in possession. He also has a very impressive shot, with so much power and placement resulting from such little backswing.

He's clearly fantastic with the ball, as he showed with that delightful chest and volley in the 60th minute.

He offered a very impressive work-rate in the forward third for the entire match, in that important yet thankless pressing role, especially when he was isolated running down clearances.

He also made an incredibly mazy run to set up Atkinson's equaliser, albeit under lackadaisical defensive pressure.

19-years-old, in a grand final between the competition's best teams, and he still managed to appear on another level to everyone else.

His bursting run on the ninth minute set the tempo for City's entire first half. He never failed to back himself from then on, although he obviously tired a little mentally as the match wore on, even if he physically appeared as vibrant as ever.

As the only City substitute he did exactly what he was brought on to: provide a relentless runner wherever required and a very consistent, physical attacking option. 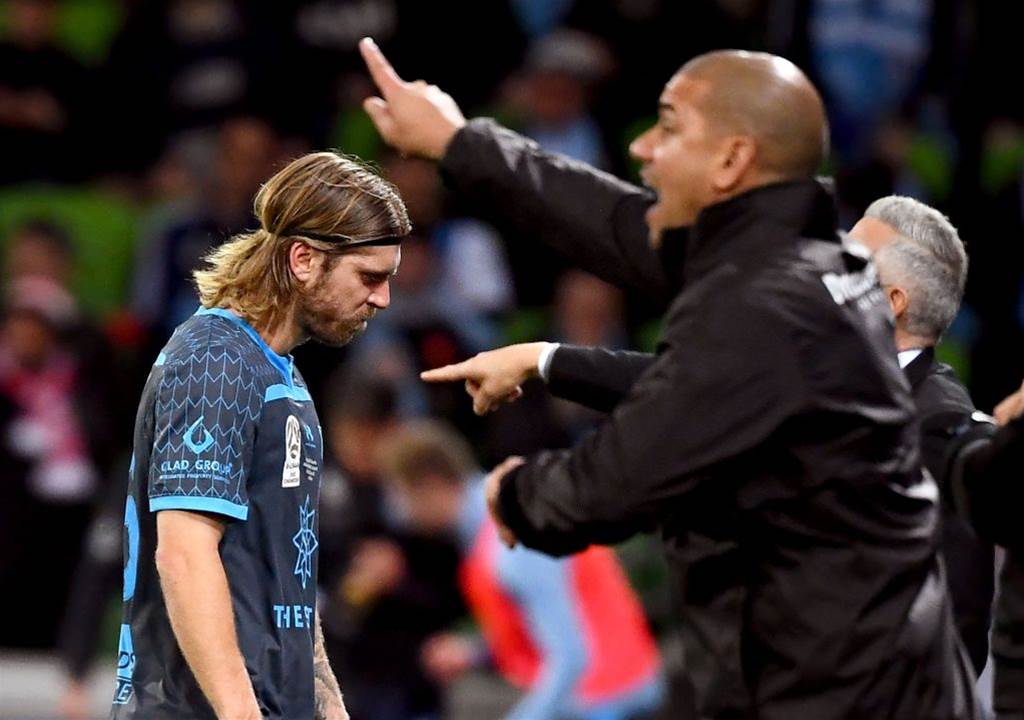 Inaccurate passing early, and his punches from corners were shallow, but exhibited some very strong reaction saves and very solid positioning late in the match to keep Sydney in the contest.

Disappointing decision making consistently for the first 15 minutes, eventually allowing Colakovski to sprint down the entire pitch to set up Atkinson's equaliser.

His tackling and overall defensive output improved markedly in the second half.

Pushed high to force possessive control and was his usual force majeure defensively with one-on-ones, with his usual accurate passing from the back line.

He actually outshone Wilkinson tonight. He led Sydney for touches and tripled Wilkinson's interception count, and was overall very collected throughout the match, with decent positioning given how deep Sydney sat against a constant City attacking stream.

Caught in two minds when defending Atkinson and while he was pressing City wide, he ended up accomplishing neither. Apart from that he was sound under constant pressure, but lacked in his attacking delivery, especially after Milos Ninkovic entered the field.

220 matches without a red card means nobody could have truly known just how crucial he was to Sydney's gameplay. They didn't deliver a single accurate cross without him for the entire match.

Intricate passing and supreme tactical understanding with Caceres, but ridiculously unrefined tackling. His first tackle was downright stupid so early in the match, as it was almost within the Sydney offensive third and he essentially took out O'Neill for no real reason.

The second was late and a more reasonable attempt, but mistimed and amateurish given he'd received the first yellow card only 15 minutes earlier.

Two of Sydney's best players on the night lost them the game. He pressured fantastically and was heavily involved in the first half, before he became a victim of a fairly soft - but accurate - penalty decision, as Luna got the better body position.

In the second half he couldn't maintain any meaningful tempo or midfield control, although he remained highly effective in tackling.

Poor early, inaccurate and off the pace in the first half, and although he improved, he was slightly lazier in possession around the forward third than Sydney required.

He scored an absolute stunner on the 20th minute to score his third Grand Final goal, forcing Sydney into an early undeserved lead.

It was a lead that he couldn't help them maintain, as he was then just as effectively forced out of the match. Outpaced and often out-reacted by his defensive markers with Sydney down a man.

Unbelievably quiet, even for a natural poacher, although he did press relentlessly and attempt to use his physicality from lofted balls, to little avail, in that second half.

While prolific, he's looked older on his A-League return. A few mistakes, especially when attempting to flick or clear the ball. He was to blame for the giveaway that indirectly led to Brattan's red card. Fairly anonymous and the right man to withdraw on the 38th minute.

He was a very apt substitution, as he was instantly much more mobile and effective than Bobo with Sydney chasing the game. He was defensively solid as well, reading Tilio like a book.

Slightly off the pace on his late introduction.