Sydney FC coach Steve Corica is calling for international breaks in the A-League amid a crammed soccer calendar next year.

The Socceroos' qualifiers for the 2022 World Cup have again been postponed until next year because of the global coronavirus pandemic.

Australia, currently two points clear at the top of their qualifying group, had been slated to play against Chinese Taipei and Jordan in November.

The Socceroos' fixtures against Kuwait and Nepal scheduled for last March had already been postponed.

FIFA have confirmed all games will be rescheduled for next year, though specific dates have not been set.

FIFA has allowed a window next March for international matches but could also open another window in January.

Further squeezing next year's international schedule is the Tokyo Olympics, for which Australia's under-23 team has qualified, while the Socceroos are also due to play in the Copa America starting next June.

Both the Olympics and Copa America were due this year but postponed.

With the next A-League season possibly starting in December, Sydney coach Corica is calling for the domestic competition to heed international breaks.

The A-League halted for international breaks in 2018/19 but not this season.

"We had it (breaks) two years ago, if we can do that, that would be great," Corica told reporters on Thursday.

"You have got young Socceroos, Olympic Games, coming up as well.

"So there's quite a few boys that could be missing and squads aren't that big.

"So obviously we need to look at that. If we can get international breaks would be the best way."

Corica also supported the A-League being pushed back to play the majority of games in winter.

"To change it, a little mix up now is probably a good time for football to do that." 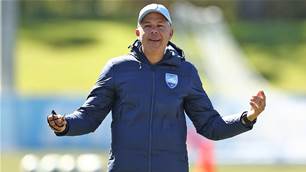 'No other club has done it...' - Sydney FC aim for three-peat 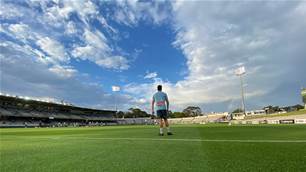 'It's all about three in a row...' - Sydney seek history in key season