Melbourne Victory has been crowned E-League Premiers after a huge win over Adelaide United last night on FIFA.

In what could be an omen for tonight’s massive Good Friday clash between the two clubs in the A-League, Victory won 10-6 on aggregate over the Reds.

Ben Carter stepped in and combined with Sarge Singh to take home the points for Melbourne Victory.

Ben triumphed in the first leg on XBOX with a 4-2 win.

Sarge edged it on PlayStation with a single goal to win 1-0.

With only one round of the season to go, and a game and 22 goals ahead of Brisbane Roar in second place, the premiership is now officially Victory's. 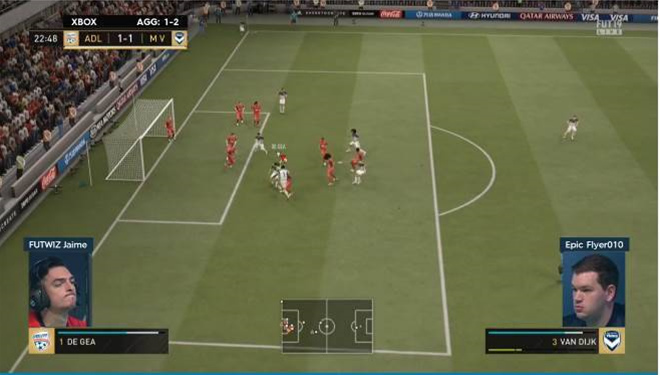 Melbourne Victory takes on Western Sydney Wanderers in the final round of the E-League season next Thursday to try to go undefeated in the regular season.

The finals series starts in the second week of May to determine the champions for Season Two.

The E-League is an official qualifier league for the FIFA 19 global series.

All the action will be on Twitch from 6 pm and Fox Sports from 8 pm.