The Professional Footballers Australia published their annual A-League report this week. Less than a year after the league's clubs took control of the competition, the report appears to show that players believe the A-League is headed in the right direction, despite the difficulties imposed by the COVID-19 pandemic.

The PFA A-League 2020-21 report is compiled to provide an overview of the A-League.  Its aim is to assess the workplace conditions and employment framework of Australia's top men's domestic competition.

The report, in its fifth year of publication, was compiled through the responses of 200 A-League players.  This represents approximately 70% of the playing cohort, a record response rate.  All A-League players were given the chance to participate.

Several positive outcomes came from the respondents.  55% of them stated that they would like to stay and play in the A-League next season.  This is a 10% increase from the 2019-20 season report.

When asked if their careers was headed in the right direction a similar number of A- League players, 56%, stated they were confident in the direction. This is a marked increase from the previous report when only 33% of players stated a positive career direction.

The vast plurality of players had a high satisfaction level with the coaching, sports science and medical care they received at their club, with all three categories receiving a satisfactory level.  The lowest area of satisfaction with regards to medical care was that of sport psychology.

Other club facilities had generally positive responses, but 21.11% of A- League players stated being very dissatisfied with the social areas, 20.56% with the gym facilities and 19.44% with the dining facilities.

Non facility related areas of concern were in the area of communication from coaching staff and from club staff. 31.4% and 30.9% of players respectively believed that improvements in both these areas of communication would bring gains to their club's performance.

Overall though, these are great numbers considering the tumultuous year the A-League had due to the COVID-19 pandemic and the transfer of control of the league to A-League clubs.

Should the numbers continue in this positive direction, and the areas of concern continue to be addressed and improved upon, the player satisfaction numbers coming out of this year's report show that the A-League has a lot of future potential to unlock and harness as a competition. 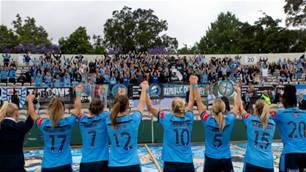