The A-League has brought in English Premier League supremo Richard Scudamore as a special advisor to guide the competition to success.

Scudamore, 60, was chief executive of the Football League before he became the CEO of the EPL in 1999 and transformed the league into the biggest in the world, negotiating TV deals worth more than $6 billion a year.

According to the Sydney Morning Herald, he has already been heavily involved with A-League club owners and their preparations for this season.

But he was this morning formally unveiled in his new official role by the Australian Professional Football Clubs Association – taking over the A-League from the FFA  – and will fly into Australia next month for further talks.

The move comes as the A-League breaks away from the FFA to be run independently by the clubs themselves, under licence from the governing body.

"Reaching any league's full potential requires a clear purpose and focus on what needs to be done," Scudamore told the Herald.

"Australia is taking that step now by dividing responsibilities from the governing body which will reveal opportunities unavailable to the game until this point.

"The global football economy is significant and growing. Australia's share of that economy is most definitely not what it should be.

"There are many factors which have led to this situation but I know from many other examples around the world that domestic leagues are key to rectifying it, delivering regular season long football that drives passion and interest."

The FFA's Head of Leagues Greg O'Rourke said today: "His unrivalled expertise and experience will be important as we build an organisation and competitions worthy of the Australian game."

And AAPFC chair Paul Lederer added: "We are delighted that Richard has agreed to work with us.

"His leadership of the English Premier League saw the organisation become renowned for its commercial success as well as its contribution to other leagues and communities.

"That’s obviously something we are committed to replicating for Australia’s professional Leagues Organisation.

"The appointment is indicative of our wish to be decisive and effective in every possible way as we work with stakeholders to fast-track the evolution of all aspects of Australia’s professional game." 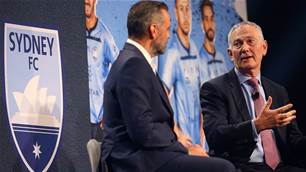