The fourth match of this year's FFA Cup Round of 32 occurred on Sunday, September 26, 2021.  The game was between A-League side Adelaide United and National Premier League Western Australia side Floreat Athena.

Held in Western Australia at the E & D Litis Stadium, Floreat were hoping their home crowd could help them overcome their opponents.  It was not to be.

In the 18th minute of the game, after a patient build up, Adelaide's left back Josh Cavallo sent a perfectly weighed ball into the box.  It found the head of Louis D'Arrigo who put it past Floreat's keeper.

The teams would go into halftime with Adelaide ahead.  Floreat would not concede an easy defeat though with the home side almost equalizing quickly after the restart.

In the 48th minute, Adelaide's centre back Jacob Tratt took his time clearing the ball.  When pressured he tried to pass the ball back to James Delianov.  However, a mistake by the keeper found Floreat's striker Nick Ambrogio getting a foot on the ball and nearly putting it in.

Floreat did find their equalizer eight minutes later in the 56th minute.  After a deflection out of Adelaide's 18-yard box, Athena's Christopher Saldaris' put a well placed ball into the bottom corner of the net to make it 1-1.

What a goal, and what a celebration from Christopher Saldaris.

Adelaide nearly went ahead three minutes later with a header from Mohamed Toure.  However, Floreat were temporarily saved by their crossbar. Equalized after 90 minutes the game was sent into extra time.

Straight after the restart, Adelaide's Ben Halloran was fouled just inside Floreat's 18-yard box.  His teammate George Blackwood was able to convert the penalty to put United ahead 2-1.

The final nail in the coffin for Floreat came in the 102 minute when United's Yaya Dukuly was able to impressively dribble past a number of defenders and find the back of the net.

Yaya Dukuly makes it 3-1 and celebrates in style 🔥

While Adelaide did have most of the possession, 68% overall, Floreat did create their fair share of chances.  They had 13 shots to Adelaide's 18, of which 6 were on target to their opponent's 7.  However, the final execution was better from the visitors and that is what ultimately led to their win.

With this win Adelaide United have extended their FFA Cup winning streak to eleven matches having won the previous two Cups held in 2018 & 2019.

The other eleven Round of 32 clashes and the two A-League Round of 32 qualification matches remain postponed. 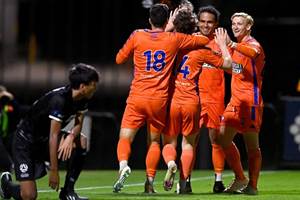 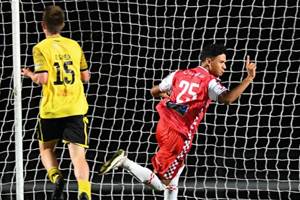 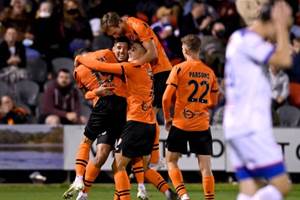