A-League defender Jack Hingert remembers his light bulb moment. It was a catalyst for the 29-year-old's new and increasingly successful side hustle.

“I won’t dob anyone in but we noticed A-League teammates would turn up to lunches or team events with their kit and, for new dads, their partners’ feminine-looking nappy bags,” the A-League defender at Brisbane Roar tells FTBL.

“Obviously there was a bit of banter when other boys saw these.

"Not just in the A-League arena, but on the streets."

An idea for a side hustle was born.

“How many dads did we see carrying these feminine-looking nappy bags?

"They may not have wanted to carry these around, potentially impacting their sharing of parental duties with their partner.”

Hingert spoke with another A-League name, Isaka Cernak, who was also keen on exploring side hustle business ideas.

They started looking into it. And what the pair found was encouraging.

The A-League duo sensed there was a niche in the market for a stylish nappy bag that all Aussie mums and dads would love to carry in public.

That was a year ago.

Hingert is keen to stress that One Nine bags are gender-neutral.

The vision is broader, in tune with wives, those in same-sex relationships, single parents, and the evolving idea of modern families.

“Our values are inclusive. Something for all parents,” the A-League player adds.

We wanted to know how to run this business because if there are issues we want to know how to fix it ourselves. Rather than paying a third party, doing it yourself is a good way to learn about your business, even if you make mistakes.

When you’re starting a new business, you want to ensure you’re as lean with costs as you can be. Which is another reason why we wanted to be hands-on and learn about our side hustle business. Do as much as you can yourself before bringing in others who you have to pay.

Tap into your friends, your contacts as much as possible. We’ve had quite a lot of help from our contacts and network. The more knowledge, tips, and advice you can get from other people and businesses the better.

Whenever you get the time, work on your side hustle. The more time you put in, the more you’ll get out of it.

I now listen to business and entrepreneurs’ podcasts. And reading about entrepreneurship, and stories from Gary Vee [Gary Vaynerchuk], and the book Shoe Dog [a memoir from Nike’s Phil Knight]. The more you read and hear about other people’s stories about their success, it gives you more ideas and perspectives.  And it helps you understand that business and your side hustle can be up and down.

“A lot of the marketing we saw targeted traditional family units. Times have changed.

“We wanted bags for all parents, regardless of your family set up and the type of relationship you’re in.

“The bags look good, and it doesn’t even look like a nappy bag," the A-League defender adds.

"It looks more like a really cool, designer, unisex backpack. In fact, a lot of the mums are liking the bag, so it’s not just for dads.

“We get lots of great feedback that parents are now sharing who carries their One Nine nappy bag, which is exactly why we created our side hustle, for mums and dads to enjoy carrying them around."

See the One Nine collection here

Sports stars using their profiles to push their side hustles is nothing new.

However, for A-League players, COVID and the era of job keeper plus the increasingly uncertain financial future of the A-League means a side hustle is now an option.

As one partner of an NSW-based A-League player told FTBL: “We’re not going to earn what we thought for the next few seasons in the A-League. And we have kids. We don’t want to go overseas if we have to.

"Online business is booming during COVID and that will continue.

“We’ve got ideas about kidswear. We’re looking into it very seriously. Potentially we could earn more than what he does in the A-League.” Hingert agrees: “With the uncertainly around the A-League, I think a lot of other players have probably seen that and thought, ‘Maybe I do need to start focussing on something else I can do. Just so I’m prepared'.

“A lot of players just go from contract to contract, but when something like COVID hits, it changes everything and a lot of players have kind of had that realisation now that they need to start working on something else.

"It’s been a wake-up call. It’s probably scary for some,” the long-time Roar favourite adds.

“But for us, we’ve had this in place for a year now.

"It shows how important to have something else [as in a side hustle] going on."

Research, design, samples, and marketing and online channels all came together over the last year.

And in 2020, Hingert and Cernak have sales channels and sales of their side hustle idea.

All from an acute observation of a gap in the market.

The first order of 100 One Nine bags (@onenine on Instagram) has almost totally been dispatched, with the recent Father’s Day prompting a sales spike.

This business is Hingert’s first outside of being a professional footballer (he joined A-League club Brisbane Roar in 2011).

And it dovetails perfectly with the A-League footballers' plans to become Dads with their respective partners. 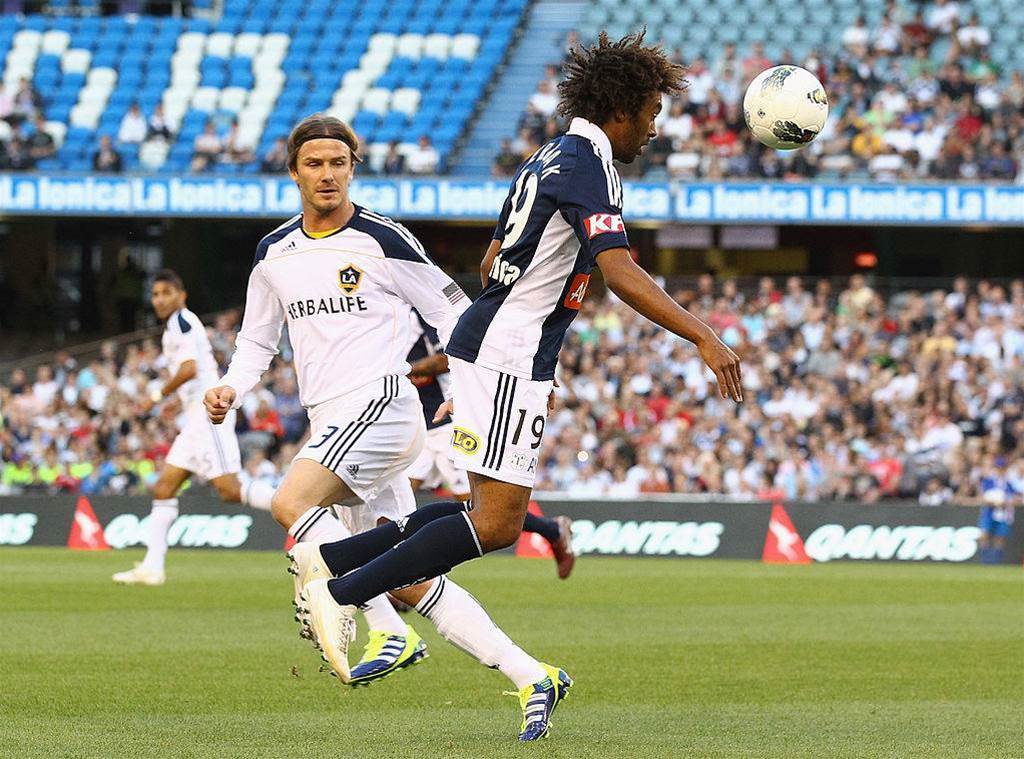 One Nine business partner with Hingert is Isaka Cernak, formerly of A-League side Melbourne Victory

The pair played at North Queensland Fury a decade ago and have remained friends (Cernak, formerly of A-League giant Melbourne Victory, is now based in Thailand with Phrae United).

The company has big plans beyond the A-League for this humble side hustle.

Where will Hingert be in 10 years?

Can he be as successful another A-League player turned entrepreneur?

Tim Brown’s story is incredible - it's the template for the sportsman-turned-entrepreneur.

Far from a side hustle, Brown’s sneaker company Allbirds (he is a co-founder) has become a global phenomenon estimated to be worth over a billion dollars.

Hingert isn't quite at that level just yet.

Yet, the buzz he got from seeing his first sale shows the side-hustle bug may turn into his full-time business in his post-A-League career.

“This first year has been hard," concedes Hingert, who is on a break from the A-League before preparations begin for season 2020/21 at Brisbane Roar.

"We have a great product. That was the least of our concerns, it was more things like distribution and marketing.

"But when we sold our first bag I saw the notification saying a sale, I went pretty crazy.

“The feeling, it's like when you score a goal!”