The Olyroos will have more than just a bizarre pitch, extreme heat and a 50,000 sellout crowd to contend with in Friday night’s crucial opening Tokyo 2020 Olympics qualifier in Phnom Penh.

The Japanese legend and A-League marquee is also the Cambodian national team coach, racking up the air miles as he fits his coaching role into international breaks in the A-League.

Honda starred for Victory in the ACL a week ago and last weekend was imperious again in the win over Brisbane Roar in the league. 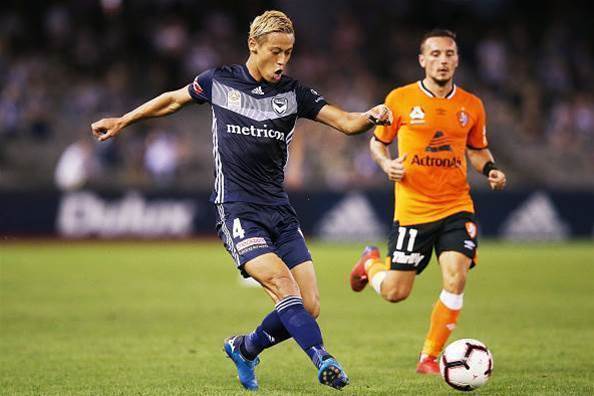 But with Kevin Muscat’s men not in action till March 30 away to Perth Glory, the star playmaker is able to pass on his expertise to the next generation of Angkor Warrior stars.

He is likely to mentor the Cambodian team for at least two games.

Friday night’s clash with Australia and Sunday night’s equally difficult meeting with the Korea Republic before potentially flying back to Australia to prepare for the huge clash with Glory in WA.

And for the clash with the Olyroos, Honda should have some valuable insights into at least one Australian with Victory teammate Thomas Deng a strong chance to start the game on Friday night on the much-maligned artificial surface at the National Olympic stadium. 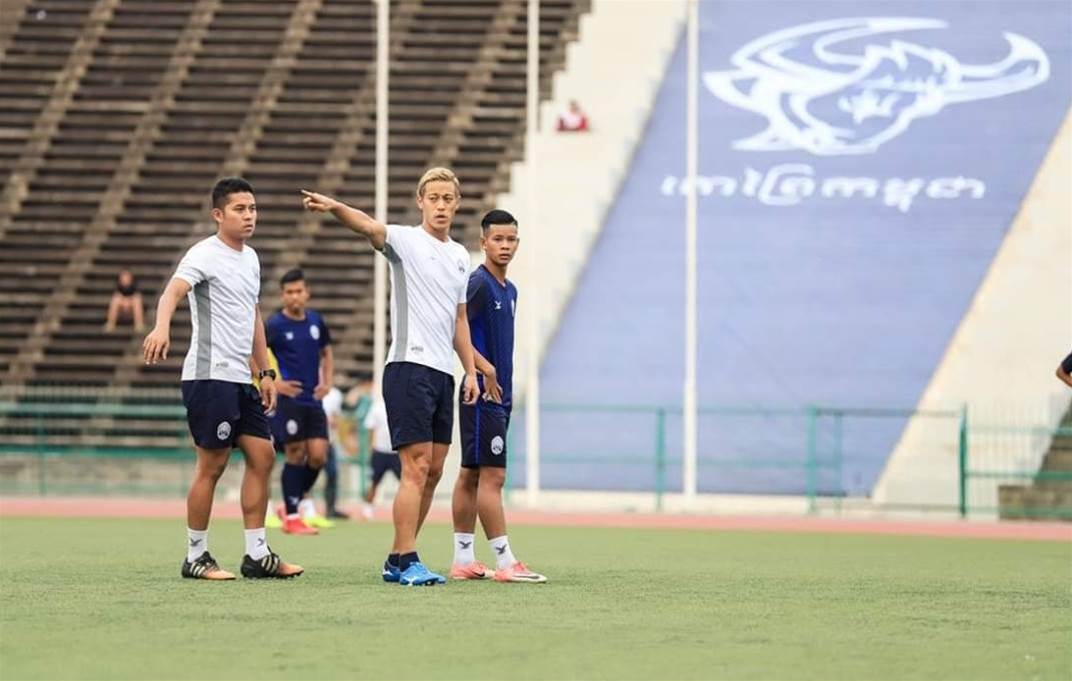 The Olyroos landed in Cambodia yesterday morning with Graham Arnold keen to stress the importance of respecting the Cambodians, particularly on a pitch that’s been roundly derided for its low-grade surface described by some on social as “a pig of a pitch”.

And it’s crucial to start well because of the way the qualification process is ruled. The Olyroos need to top AFC Group H or finish a strong second to have any hope of qualifying.

It will be a tight squeeze, so Australia must win their two games over Cambodia and Chinese Taipei and hope to get a result over the Korea Republic to have a good chance of progressing.

Those nations that progress will meet in Thailand in January 2020, where the final four nations who make the semis finals will book their place at the Tokyo 2020 Olympics.

“If you just turn up cold you’re dead. The improvement In these nations over the last 10 years or so is ridiculous. It’s actually quite scary,” Arnold said in Kuala Lumpur last week, where the Olyroos were based for a week-long preparation camp.