The star Melbourne City recruit opted out of Australia's Word Cup clashes against China and Vietnam, amid stringent government quarantine restrictions, to put family first as he sets up home again after nearly a decade in Germany.

But the fire for the national team still burns brightly within, with Leckie insisting he can still deliver both on and of the pitch for the green and gold on the road to Qatar 2022.

"I think my performances for Australia speak for themselves," said told FTBL.

"I've had a lot of experience with the national team and I like to think I'm an important part of the team - not just on the pitch but off it also.

"There are no guarantees - it's up to the coach. But if I'm playing week in week out for my club, that's better than the situation (at former club) Hertha Berlin where I didn't get much game time.

"Despite that I was still getting picked for Australia. It's up to me now that I'm back to be playing and performing for Melbourne City.

"I'm trying to get the best out of my career in terms of playing as much as I can, get results and get on the scoresheet.

"That's not something I wasn't able to do over the last two years in Berlin because I just wasn't getting on the pitch."

Leckie, 30, would loved to have jetted off to Asia to join the squad, but said the logistics were too problematic.

"I thought about it but with quarantine and being away for that long it wasn't possible," he explained.

"We haven't settled in yet and there was just too much going on. It's a new environment for my wife and two kids and it was just too difficult."

Leckie expects to back as early as next month with the NSW State government set to ease Covid restrictions to allow the visit of Oman to go ahead at Sydney's Bankwest Stadium on October 7.

"Things have been up in the air but hopefully that game goes ahead," he said.

"One of the reasons I left Europe was the Covid situation but the exact same thing has happened here.
Another was settling my daughter into school here.

"There were options to stay overseas but for me it was about going somewhere where I can play as much as I can towards the end of my career.

Leckie believes champions Melbourne City are well placed to defend their title ahead of a likely November start to the A-League.

"The standard is a very good level, the training is intense and I think we're in a good place to do really well again," he added. 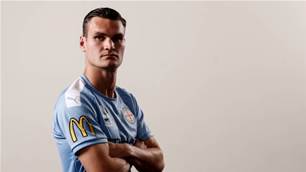 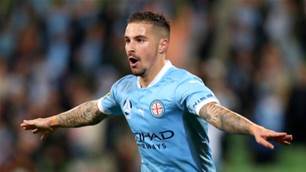