Mejías joins Wanderers after more than a decade of play in Europe across a number of leagues. The Madrid-born goalkeeper started his career at Real Madrid's youth academy. He would go on to make appearances for the team's C and B teams as well as one La Liga appearance for the first team.

A loan to English Championship side Middlesbrough turned into a permanent contract, seeing the Spaniard remain with the Yorkshire club for five years. He would return to Spain for several months during that time on loan to Segunda División side Rayo Vallecano.

He then left for Cypriot 1st Division side Omonia Nicosia for a season before returning to Middlesbrough. He spent half of last season on loan Romanian side Dinamo Bucaresti before moving to Turkish Super League side Ankaraspor.

In total Mejías has over 130 senior appearances between the posts. He has won the Spanish Super cup, Copa del Rey and La Liga. Speaking of his move to Australia the new Wanderers keeper said:

“Having spoken to Rhys (Wanderer Rhys Williams) whom I played with at Middlesbrough, he told me amazing things about the team and about the city so I didn't think too much about it, it's a new challenge ahead.

“I am a big fighter and a winner so we are going to achieve the goals we have set for ourselves at the club.

“I have heard that the club is amazing, from the fans to the facilities, so I'm very excited about it and want to be there as soon as possible.

"I will bring my positivity, experience and my hard work to the Wanderers."

“Mejías will add strong competition to our goalkeeping pool as it is a position that still needed reinforcing.

"We welcome the addition of his excellent experience to our goalkeeping set-up, as we have some fantastic young goalkeepers coming through the ranks of our Academy."

Mejías will be up against last year's starting goalkeeper Daniel Margush and former number one Vedran Janjetovic for the starting position. 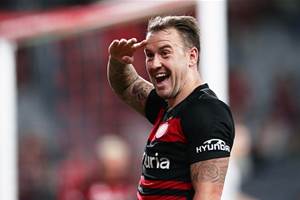 Former Republic of Ireland forward has announced his retirement from professional football after 17 seasons of play. 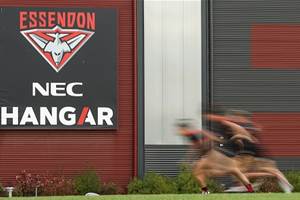 The full Western Sydney Wanderers season schedule can be found using this link .