A national second division underneath the A-League is edging closer with proponents of the “Championship” saying they are 100% convinced it will happen by the 2020/21 A-League season.

Tomorrow night (Thursday) the FFA will examine the viability and structure of a second division at a working party group meeting chaired by FFA board member Remo Nogarotto.

It's the start of a process proponents such as the Australian Association of Football Clubs (AAFC) hope will result in a historic expansion of the game to truly include grassroots and NPL clubs.

The Australian Professional Football Clubs Association (APFCA), in their blueprint for an independent future, state that a second division is an important part of transitioning to an independent A-League, in preparation for the 2019/20 A-League season.

'The most valuable contribution that elite clubs can make to the growth of grassroots football and the long-term success of Australia’s national teams is to create a thriving and competitive domestic league that expands local interest and participation in football and provides promising homegrown players with high-quality development opportunities here at home," the report said.

'Such opportunities should include the creation of a national second division.'

But he wants the FFA board to start driving the concept after initially shooting it down in 2017.

“We’re not here to spend another 12 months going through circles,” Krayem told FTBL.

“Our aim is the same, can we make it happen by 2020? I’m 100% confident. We’re all about focusing on the solutions and making it happen.

“The key to this is, you want to have a connection to grassroots football and the NPL,” he added.

“The strength of football is community football in Australia. The FFA Cup has shown that.

“We’ve [AAFC] done the work and everyone wants a second division. Now is the time to move forward. The game needs it as a pathway for younger players.

“Overall, the game is weaker for not having it. So it’s a question of how do you make it happen?”

It’s a proposed model for men and women, meaning there’d be two championships underneath both the A-League and W-League. Much of the second division policy modelling thus far has been done by the AAFC with a draft model put out around 18 months ago.

“This is not about creating new clubs in new areas, this is about giving clubs opportunities to partner with business in order to grow," Krayem said.

“I”m sure they can attract investors, as we’ve seen with the A-League bidding process," he argued.

Krayem says a single national league - rather than the mooted two conferences - is the preference of the clubs that have been part of the process to date.

And geographic targeting will be key to ensure it’s a truly national Championship. This means areas such as south-east Melbourne, Canberra, North Queensland, Darwin and potentially Tasmania could be looked at.

As for funding, Krayem believes AAFC modeling shows the Championship can be self-funded.

“For example, there are NPL clubs out there operating on significant budgets.

“When people talk about there being no money to fund this, have a look at how much financial interest there was in expanding the A-League. No one predicted 15 bidders, did they?” 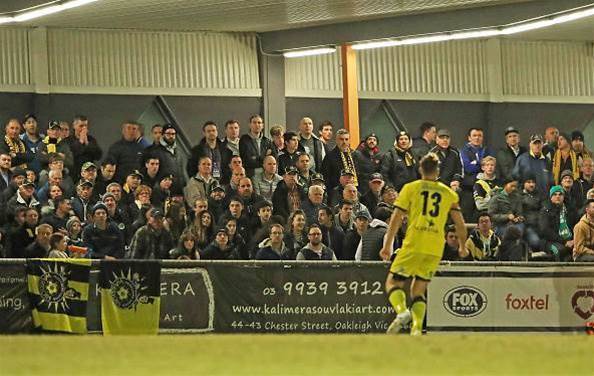 What’s more, a digital broadcasting platform rather than the traditional Fox Sports option is a potential scenario for viewing the games.

Broadcasting the Championship is a key point given the financial imperatives of broadcast revenue into the league.

Krayem suggests Fox Sports - the current broadcast partner of the A-League - is not the only option.

“I don’t think it’s about Fox Sports, there are plenty of other avenues to broadcast games," he said.

“There’s no doubt the broadcast aspect of football has changed and will continue to change so there are a lot of vehicles to get your product out there.

“We have to find the best platform that will deliver a return back to the league and clubs. And we’re not bound to one platform.

“Where are we are today could be different from where we are in broadcast and digital sense in 12 months.

“There are so many different streams to broadcast the games and generate revenue for the central body and the clubs.” 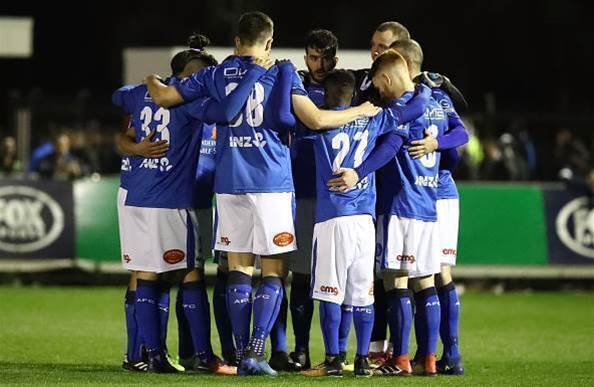 Team 11 are one of the potential bidders for a place in the mooted Championship.

The Victorian bidder - based in the population boom of south-east of Melbourne - missed out on a spot in the expanded A-League announced late in 2018 when Western United was given the green light for this season and Macarthur South-West Sydney for Season 2020/21.

Team 11 told FTBL they are ready to go for the Championship or the A-League.

“We think a team here would be a success, fundamentally with the south-east’s football culture this is an area that should have a team in a national competition,” said Team 11 spokesperson Matt Windley.

“And if that means through an A-League expansion license or the advent of the second division Championship license that one day wins its way up to the A-League, we’d look at any avenue that gets us there.”